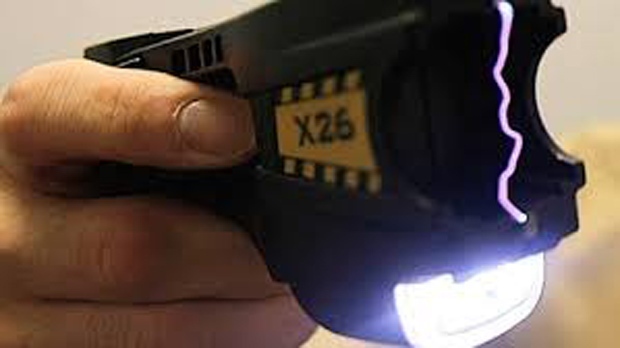 SUDBURY -- Sault police say officers tasered a man who assaulted officers after being asked to leave the area he was in on Monday.

Officers were called to the 0-100 block of Wellington Street West at 3:55 p.m. on Monday about an unwanted person in the area.

"When officers asked the accused to leave the area he became confrontational and began assaulting officers," Sault Ste. Marie Police Service said in a news release Tuesday morning. "Conducted energy weapons were deployed and officers were able to gain control of the accused."

Lincoln Louttit, the communications manager for the Sault police, told CTV News that three officers were injured while taking the accused into custody.

As a result, the 28-year-old man has been charged with: