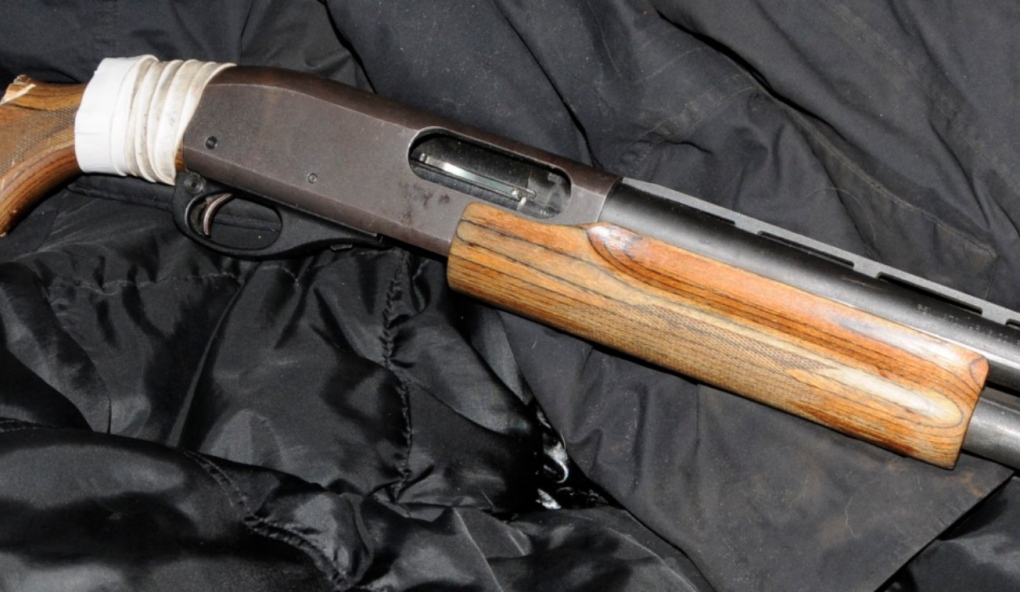 This sawed-off shotgun was seized by Sault Police on Dec. 10 during the arrest of a man wanted on outstanding warrants. (Supplied)

SUDBURY -- Sault Ste. Marie Police arrested a 24-year-old man from Goulais River on Dec. 10 after receiving reports of someone with a gun.

Police were called at 12:36 a.m. and arrived on Dacey Road to find the suspect sitting in a vehicle.

"Officers learned he was wanted and he was arrested," police said Friday. "A subsequent search of the area of arrest found a sawed-off shotgun in the trunk of the vehicle."