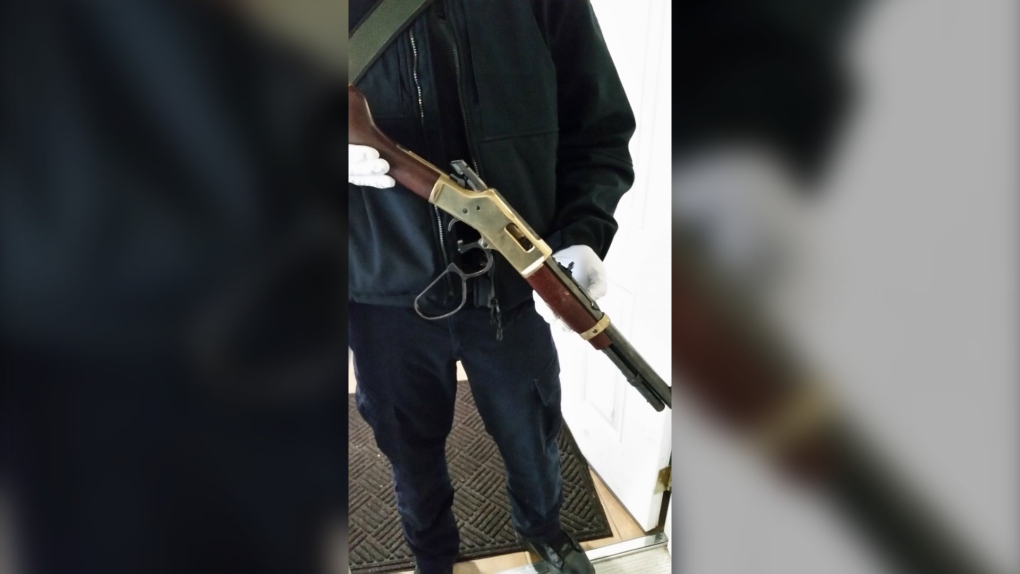 Sault Police seized this .45 calibre rifle Dec. 9, along with a small crossbow. (Supplied)

SUDBURY -- The Sault Police Service have charged four people with drugs and weapons offences in connection with an incident on Edinburgh Street in the community.

Police responded to a call of gunshots being fired Dec. 7 at 12:40 p.m. on Edinburgh Street.

"The investigation determined the reports of gun shots were unsubstantiated, however it is believed a man pointed a firearm at a victim and damaged the door to their residence," police said in a news release.

She is charged with four counts of possession for the purpose of trafficking, possession of property obtained by crime and two counts of breach of probation. She was held for bail court.

The 29-year-old man was charged with breach of recognizance and was held for bail court.

On Dec. 8, police responded to a call of a firearm in a residence. The 35-year-old woman and 27-year-old man were arrested.

Police learned the man was wanted in relation to another incident and is believed to be the person who threatened the victim with a firearm on Dec. 7. Both accused were arrested.

On Dec. 9, officers armed with a search warrant at the residence and located a loaded .45 calibre rifle and a small crossbow.

The 35-year-old woman is charged with possession of a prohibited weapon and possession of a weapon for a dangerous purpose. She is scheduled to appear in court on Jan. 25.