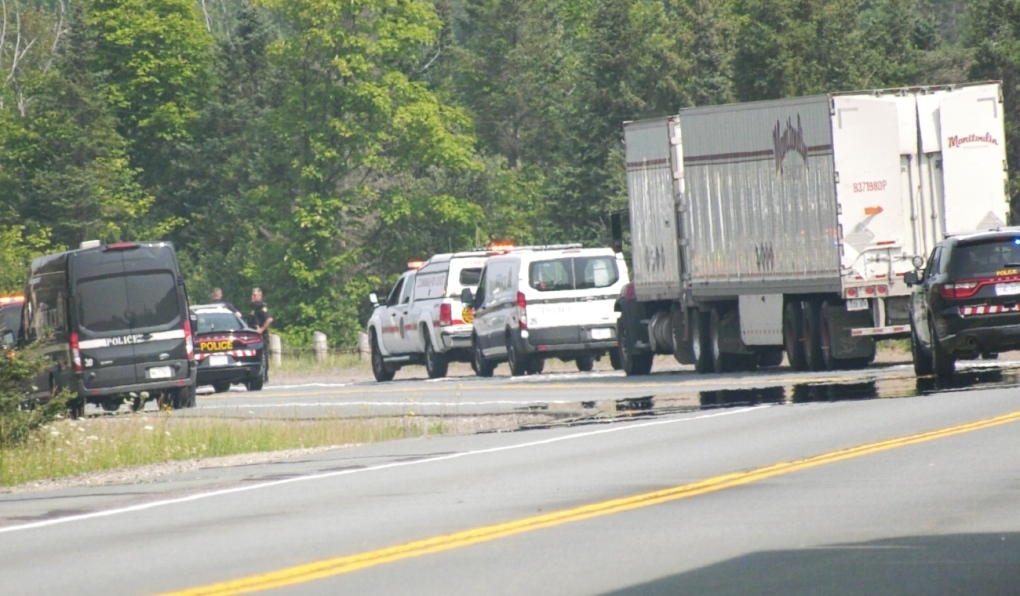 The Sault Police Service has released the sequence of events that led to a four-vehicle collision Monday on Greater Northern Road that sent 10 people to hospital. (File)
Sudbury -

The Sault Police Service has released the sequence of events that led to a four-vehicle collision Monday on Great Northern Road that sent 10 people to hospital.

The incident began when a minivan travelling south crossed the centre line, striking a northbound pickup truck hauling a trailer.

"Following the initial collision, a pickup truck travelling southbound struck the minivan from behind," police said in a news release Thursday. "A northbound cube truck took evasive action and ended up in the ditch, but did not strike any of the involved vehicles."

"The drivers of the two pickup trucks, and the driver and passenger in the cube truck, were taken to hospital with non-life threatening injuries," the release said.

The investigation so far has found no indication that speed or impairment caused the collision.

Police are asking anyone who may have witnessed the collision or has video of the collision to contact them at 705-949-6300, ext. 348.

Liberal Leader Justin Trudeau says while he's not in the position to judge Alberta's approach to containing the spread of COVID-19, the crisis there is proof that 'leadership matters.' He said he has spoken with the Clerk of the Privy Council to ensure the province’s needs are met as it battles the fourth wave.

An Indigenous community on the Manitoba-Ontario boundary is welcoming clean, running water for the first time in nearly 25 years.

Thousands of Canadians will not be able to vote in the upcoming federal election because of the COVID-19 pandemic, Elections Canada said.