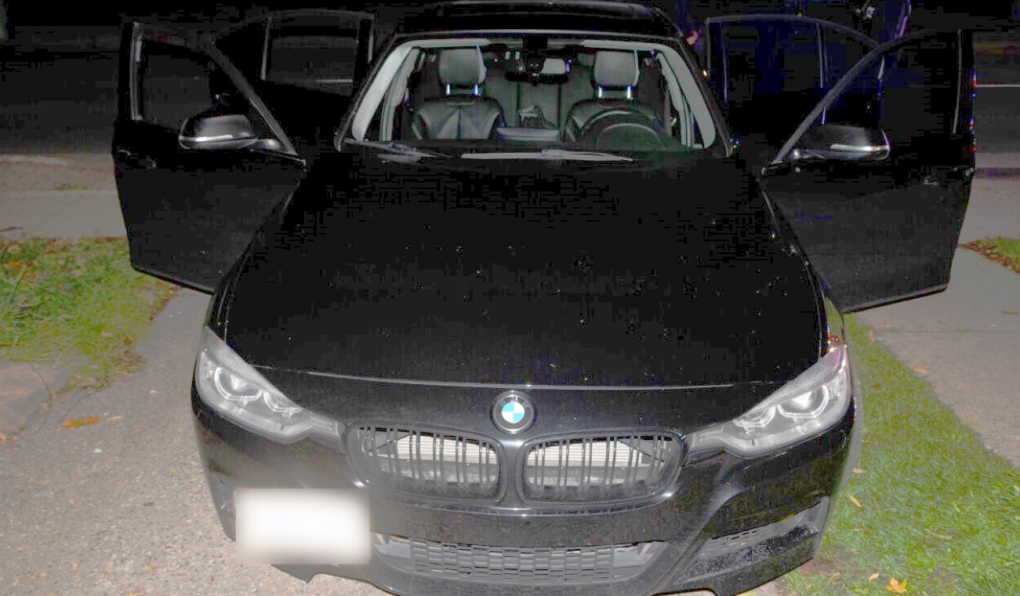 Three people in Sault Ste. Marie, two age 24 and one age 28, are facing drug, weapons and other charges after Sault police responded to a break and enter call early Tuesday morning.

Police responded around 2:48 a.m. to a call on Wellington Street East. Initial reports said the suspects had a gun.

"Upon arrival, officers observed a black BMW parked in the driveway of the residence," police said in a news release.

"The three accused were inside the car and placed under investigative detention."

The estimated street value of the narcotics seized is $50,843. The black BMW was also seized.

“This narcotics seizure removes a significant amount of illicit drugs from our community,” Police Chief Hugh Stevenson said in the release.

“We will continue to investigate people who are profiting from the drug subculture and targeting vulnerable people in our community. If you are involved in the drug trade, we will find you, lawfully seize your property and use the full extent of the law to bring you before the courts.”

Further investigation revealed two of the suspects had entered the residence, causing damage in the process.

Two of the suspects have been charged with trafficking, weapons possession, possession of stolen property, break and enter and theft. The pair remain in custody.

The third suspect was charged with possession of a controlled substance for the purpose of trafficking and possession of a weapon for a dangerous purpose and is scheduled to appear in court on Dec. 13.