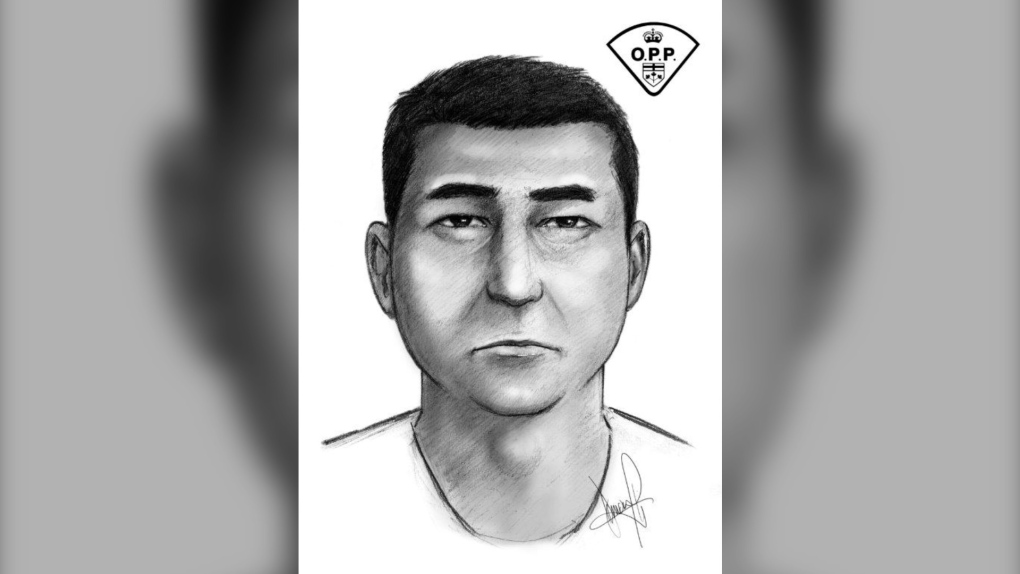 This is a composite sketch of a man wanted in connection with a sexual assault May 6 in Batchewana First Nation. (Supplied)

SUDBURY -- The Ontario Provincial Police in Sault Ste. Marie have released a composite sketch of a man wanted in connection with a sexual assault May 6.

The attack occurred in the Pow Wow Grounds on Gran Street, Batchewana First Nation, police said in a news release.

"The forensic identification services - support Services of the OPP has assisted with the investigation and a composite sketch of the suspect has been completed," the release said.

"The investigation has since revealed that a female was alone when she was approached by an unknown male and was sexually assaulted in the early morning hours. The male fled the scene on foot."

Since the suspect's identity is still unknown, the OPP said residents should be "aware of their personal safety at all times and to be extremely vigilant when approached by unknown individuals."

Should you wish to remain anonymous, call Crime Stoppers at 1-800-222-8477 (TIPS) or submit information online at www.sudburycrimestoppers.com where you may be eligible to receive a cash reward of up to $2,000.