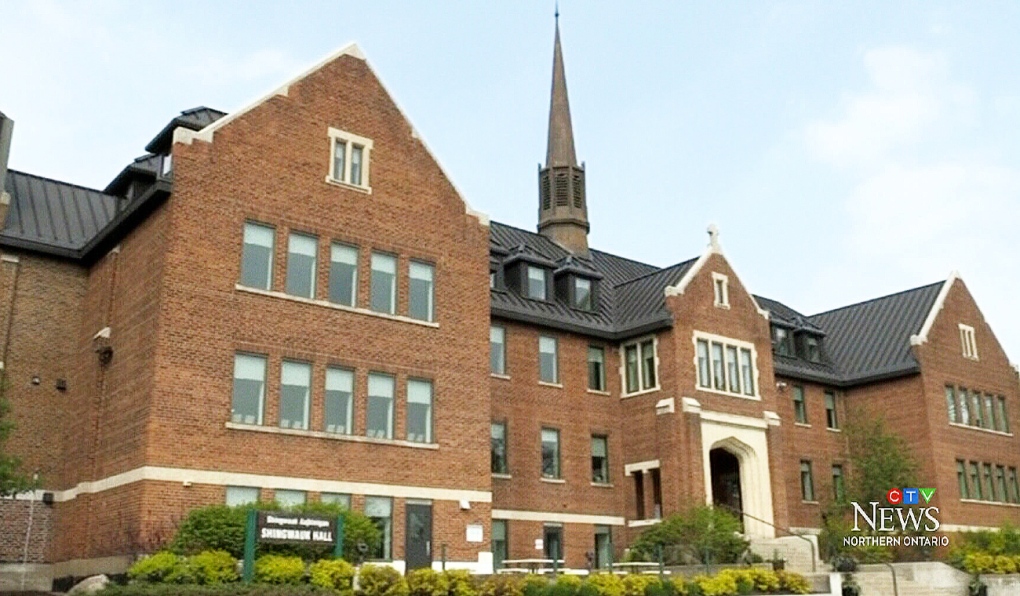 A photo of the Shingwauk Residential Schools Centre in Algoma University. (File)

SAULT STE. MARIE -- As people around the country mourn the deaths of children at residential schools, Indigenous leaders in the Sault are calling on all levels of government to do more in uncovering the truth.

Several memorials have been set up across the nation, including northern cities, after the remains of 215 children were discovered at a former residential school in Kamloops, B.C., over the weekend.

"The fact that we found 215 children in a mass grave, speaks to what we've been saying, that these schools were a form of genocide," said RoseAnne Archibald, Ontario Regional Chief. "It needs to be acknowledged by the government, by the churches who participated in this genocide, and that's why we're so emotional, because these children were taken from their families."

Archibald visited the memorial site at Algoma University Monday and said she's feeling overwhelmed with emotion. She said it only reinforces that all levels of government must step up to find more of these sites.

"I am writing to Prime Minister Trudeau and Premier Ford to first of all, support First Nations and their knowledge keepers in examining all of these residential schools in communities across Ontario and Canada," she said. "We need closure, that's what we need on this. Not only First Nations, but all of Canada."

The Shingwauk Residential Schools Centre in Algoma University echoed that sentiment and said its mission is to help uncover these sites.

"Listening to survivors of residential schools, listening to the truth and reconciliation report that talked about missing children and their burials, I think this is information that we all knew was coming," said Krista McCracken, the centre's curator.

McCracken said the university knows of 72 former Shingwauk residential school students who are buried within the Shingwauk Cemetery located on the Algoma University grounds, but is always working to find more information.

"We're really listening to the Children of Shingwauk alumni association for the next steps," McCracken said. "They're going to be guiding the process going forward, we're going to listen to them, take their guidance and move at the pace that's appropriate for the survivor community."

Speaking to reporters Monday, Prime Minister Trudeau said he would be discussing the next steps for action with his cabinet.