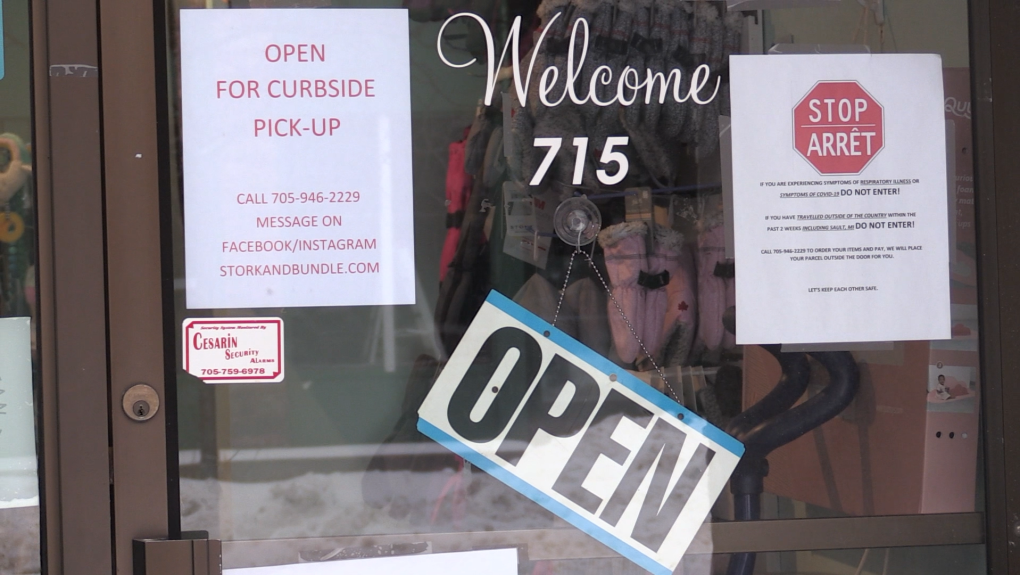 The Sault Ste. Marie Chamber of Commerce CEO, Rory Ring, says consumers and businesses should look to utilize the Algoma Marketplace, an online site that allows stores to sell their product, as a means to effectively support business through the lockdown. Dec. 30/20 (Christian D'Avino/CTV News Northern Ontario)

"There's a tremendous amount of pressure for cash flow on small businesses that really rely on the Christmas season for a significant amount of revenue generation," Ring said.

Ring said consumers and businesses should look to utilize the Algoma Marketplace, an online site that allows stores to sell their product, as a means to effectively support business through the lockdown.

Still, he said he's disappointed many stores weren't allowed to remain open in a reduced capacity, like other big-box stores.

"When we look at it, we say ‘why can't a small business stay open like a Walmart, using the same capacity rules?’ 25% capacity," he said.

Ring is also encouraging more stores to invest heavily in their digital footprints throughout 2021, envisioning that retail is heading far more virtual than ever before.

"It's also an integral part in ensuring that you can tap into markets from around the world."

The Stork & Bundle, a downtown children's and baby boutique in the Sault, has been operating an e-commerce site over the last five years.

Its owner says it's certainly helped maintain momentum since the initial shutdown in March, but the store has still taken a hit in sales.

"It's not something we're happy about," said Kristi Cistaro.

"But we're optimistic we're going to be able to keep the momentum going right now."

Cistaro, who sits on the Downtown Association's Board of Directors, said many other businesses have been forced to get creative in how they generate revenue.

However, she said she believes now is the best time to transition online, especially for those who have no presence at all in the virtual realm.

"Truth be told, it's also something that consumers are really expecting now."

Last month, the Sault Chamber of Commerce called for extra rent subsidies for small businesses in border cities, to compensate for lost revenue from the Canadian-U.S. border shutdown.