Royal Canadian Legion branches in the north unsure about the future 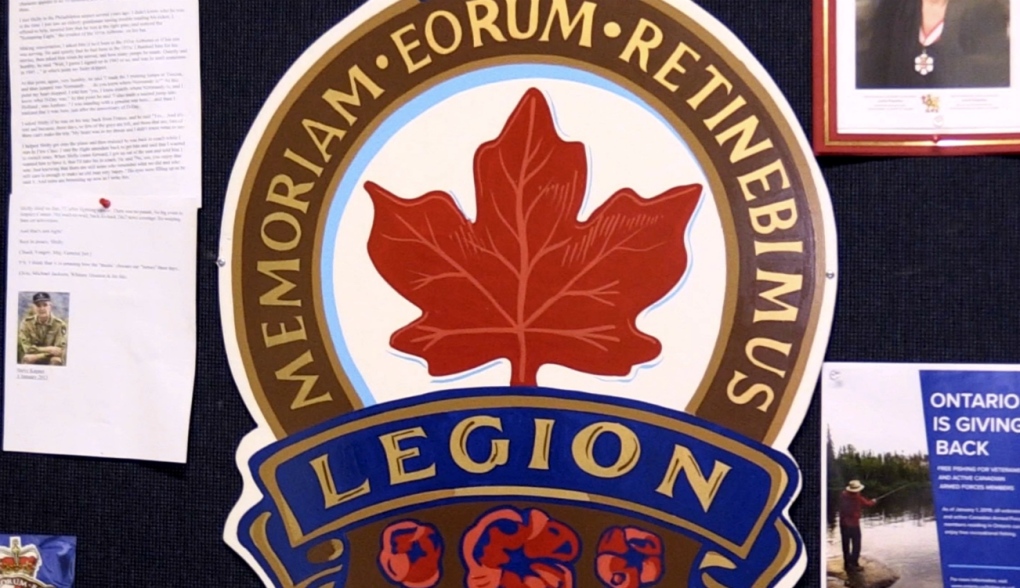 A Royal Canadian Legion branch in Ontario is seen in this undated photo. (Molly Frommer/CTV News)

SUDBURY -- Events staged by legions in northern Ontario have been cancelled since mid-March, which makes it difficult for them to make ends meet, especially when they have no revenue coming in.

“As soon as the pandemic hit, we were advised we had to shut down,” said Stuart O’Neil, Presents of the Royal Canadian Legion Branch 336. "All of our venues and hall rentals were cancelled, so the bank account just keeps getting smaller and smaller but the regular bills keep coming in."

Nickel Belt MPP France Gélinas has written a letter to the Doug Ford government on behalf of the local legions.

Gélinas said there are five legions in her Nickel Belt riding that are suffering.

“If you look at Falconbridge, I would say everybody has gone to their fish fry on Friday night," she said. "They are part of our community.”

The Falconbridge Legion opened its doors Friday, but members say they are not sure how long they can continue operating the way they are.

“Luckily, now that we finally got our product in, we’re able to start having some takeout fish fry, which will bring in a little more money," said O'Neil. "But … what’s the future going to look like? Will there be large crowds? Because that was what we would get (for) birthdays, celebrations of life, anniversaries, showers."

O’Neil said if people don't come back, it could ultimately mean the demise of the legion.

Club members said they are patiently waiting to see what sort of help is on the way, and how soon. From there, they will decide how to move forward.