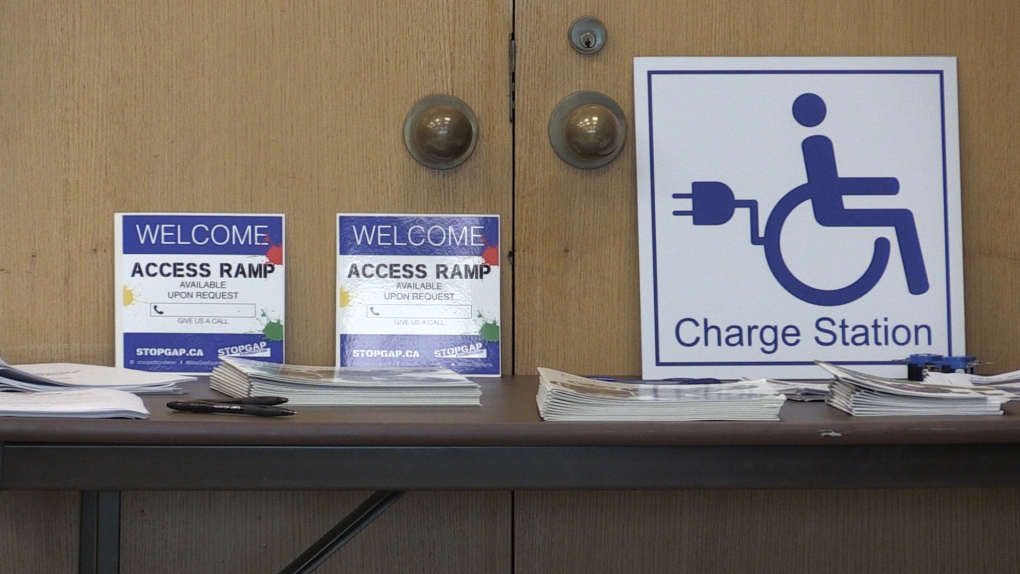 The City of Sault Ste. Marie is helping people get rolling with new charging stations for wheelchairs and mobility scooters.

“Users will be more comfortable and know they are welcome to plug in at these locations.” said Nancie Scott, the city’s accessibility coordinator.

She made the announcement on Friday to those attending a public feedback session on removing accessibility barriers.

Scott told attendees the stations will consist of standard blue electrical outlets and a blue and white ‘charge station’ sign of a person in a wheelchair with a plug on the back. Two wheelchairs can be charged at each station.

She says that there will approximately be about 12 mobility charging stations installed around the city, both indoors and out.  Stations will be located at city hall, various city-owned facilities, along the boardwalk, and at Roberta Bondar Tent Pavilion.

Scott said she has had mobility device users stop by her office asking to use one of her outlets to charge because they didn’t think they’d have enough of a charge to get home.

She said this initiative is an important step in becoming a more inclusive municipality.

“These initiatives make a difference for persons with mobility or endurance disabilities getting out and about.” said Scott.

The city is also working with the Downtown Association to improve access to around 56 businesses in the downtown core with single-step barriers.

Scott said around 16 portable ramps will be given out to businesses on Queen Street in the next few weeks through the StopGap program.

As for the charging stations, Scott said they will be rolled out within the next month.