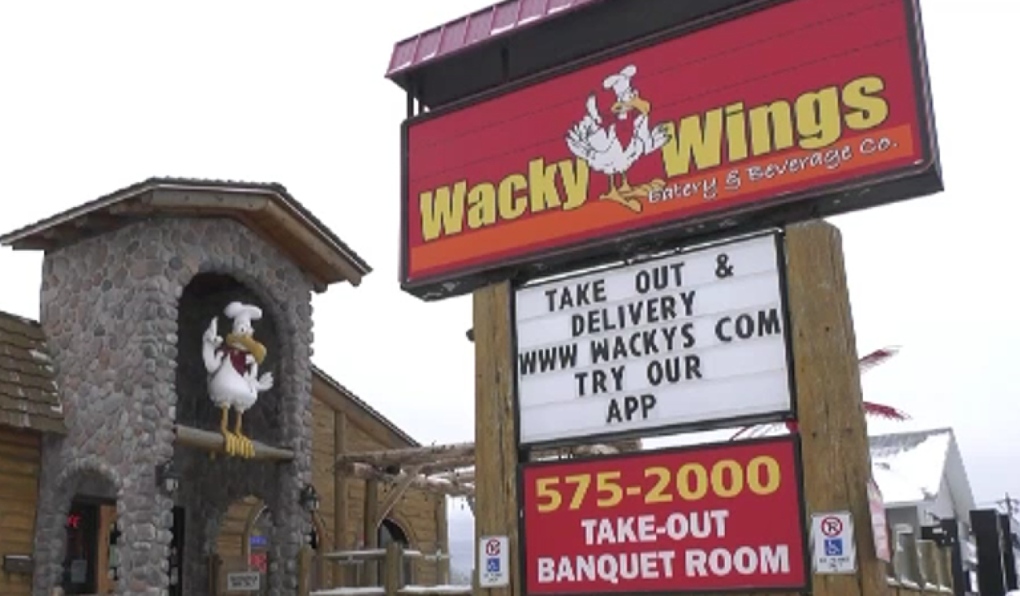 Customers have been keeping the staff at the Sault location of Wacky Wings location busy since restrictions eased up. But one of the owners said this week rising food costs have taken a toll on its profits. (File)

SAULT STE. MARIE -- Food costs from suppliers have risen significantly in the last year, and for at least one restaurant in Sault Ste. Marie, it means tough decisions are coming.

Customers have been keeping the staff at the Sault location of Wacky Wings location busy since restrictions eased up. But one of the owners said this week rising food costs have taken a toll on its profits.

"Actually, we've seen increases like we've never seen before in the entire history of Wacky Wings, to be honest with you," said Craig Burgess, Wacky Wings co-owner. "Prices of canola oil (is up) over 25 per cent, prices of chicken wings over 10 per cent."

Burgess said he's managed to cope through it for now, but the restaurant chain could soon be facing some tough decisions.

"It's getting challenging by the day because we're getting notices from the suppliers, left, right and centre," he said. "There's a very high -- likely -- chance that we'll have to be forced into making some type of smaller price increases to adjust."

The non-profit group representing the Canadian food industry said food costs are its third-biggest challenge, behind shutdowns and pandemic-related debt.

And, it said “customers will soon be feeling the effects of higher food costs.”

"In normal times, they try to put off raising menu prices as long as possible, but with the debt that most have accrued throughout the pandemic, they really don't have the leeway to delay the menu increases," said James Rillet of Restaurant Canada.

Like Wacky Wings in the Sault, Rillet said restaurants are feeling the pinch right across the country. And it could be a while before they rebound.

"We predict about a year, a year-in-a-half recovery period, so we're still in for a long haul and I think we'll start to see effects of, unfortunately, start to see shutdowns," he said.

Despite the challenges, Rillet said businesses are still gearing up for an exciting summer, with patio demand and an all-time high.

-- Written for the web by Darren MacDonald