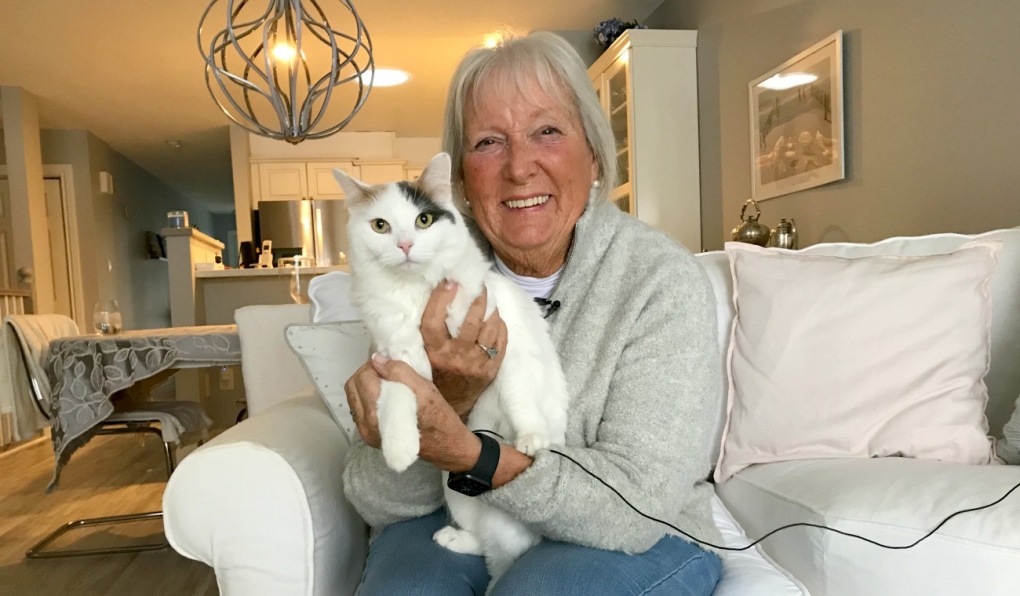 After a year’s worth of pictures, adventures and love, Barbara Weeks published a children’s book starring her rescue cat Dolly. (Alana Pickrell/CTV News)

NORTH BAY -- After a year’s worth of pictures, adventures and love, Barbara Weeks published a children’s book starring her rescue cat Dolly.

“I had in my mind always this message that when you rescue a pet, basically they rescue you,” said Weeks. “So I know the theme of it and I had all these pictures and so when COVID hit I had all this time.”

Her new book, 'Hello Dolly,' is told from her cat’s perspective. It features multiple pictures and the entire book rhymes so kids will really enjoy it. So far, it has been well received.

“They’ve loved it," Weeks said, as Dolly stood on the kitchen table behind her, after drinking out of Weeks’ water glass. "They laugh at the pictures because she’s so funny. She’s got her head in everything! The filing cabinet, the wool box."

Although a children’s book, Weeks said it has an important message.

“With children’s literature you always want a book that’s simple enough for children to get, but also has a hidden message for the parent that’s reading it," she said. "So this was my goal, that the parent would come away thinking, ‘Yeah, pets do that, they teach children so much and they rescue you.’ But kids, I hope, will just laugh because it’s very amusing.”

Dolly was rescued as a companion animal after Weeks became a widow four years ago. 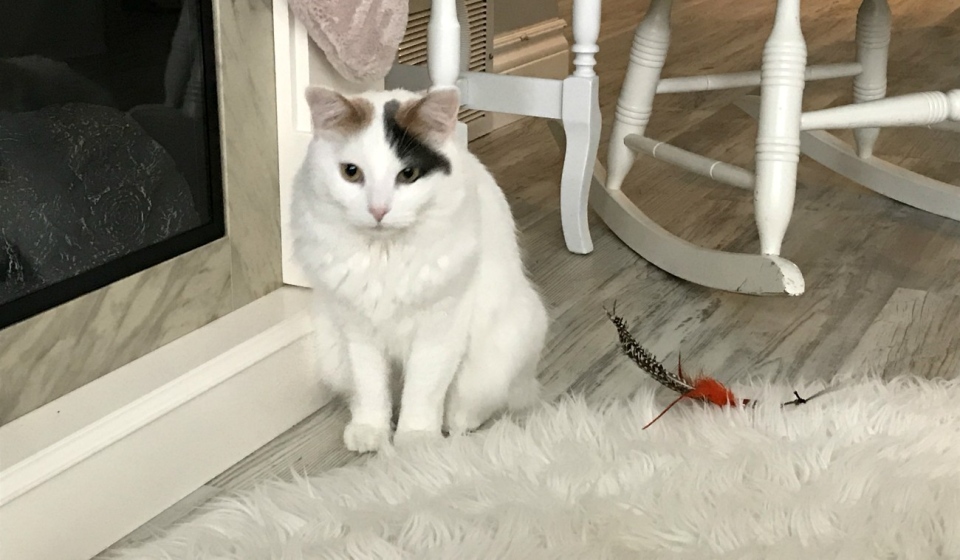 “I’m a person who enjoys other people's company, so living alone is very stressful for me. So this was the way to fill that gap and that hole in my heart,” she said.

On top of sharing all of Dolly’s pictures and adventures with the world, all the money from the sale of the books is being donated to the North Bay and District Humane Society. So far, Weeks has donated $225.

“We are always so thankful, so grateful to be the beneficiary of such kindness,” said Brett Greene, fundraising manager at the Humane Society. “It’s one of the thousands of little drops that really help us make all the difference in the world. So in Barb’s case, it was just really touching to hear the story of how pets often rescue people as much as people rescue pets.”

Right now, the North Bay & District Humane Society has several cats up for adoption, with another transfer scheduled to happen next week. Although COVID-19 restrictions are in place, people can still adopt an animal by calling ahead.

The money donated by Weeks will go toward the new adoption centre scheduled to start construction next year.

“She has indicated that she wants the money to go where funds are needed most,” Greene said.

Even though Hello Dolly is already published and ready for sale, Weeks said this won’t be the end of Dolly’s story.

“I have a sequel in my head and it’s going to be called the 'Tale of the Tail' because she’s a Manx and has no tail, and I thought maybe I would have her looking for her tail,” she said.

“The message would be that she’s perfect in her imperfections. So that would be the adult message and I think kids could relate, too, because they always think there’s something wrong with them that doesn’t make them perfect.”

“Well she isn’t the perfect cat because she’s missing a tail, but she’s the perfect Manx,” Weeks added.