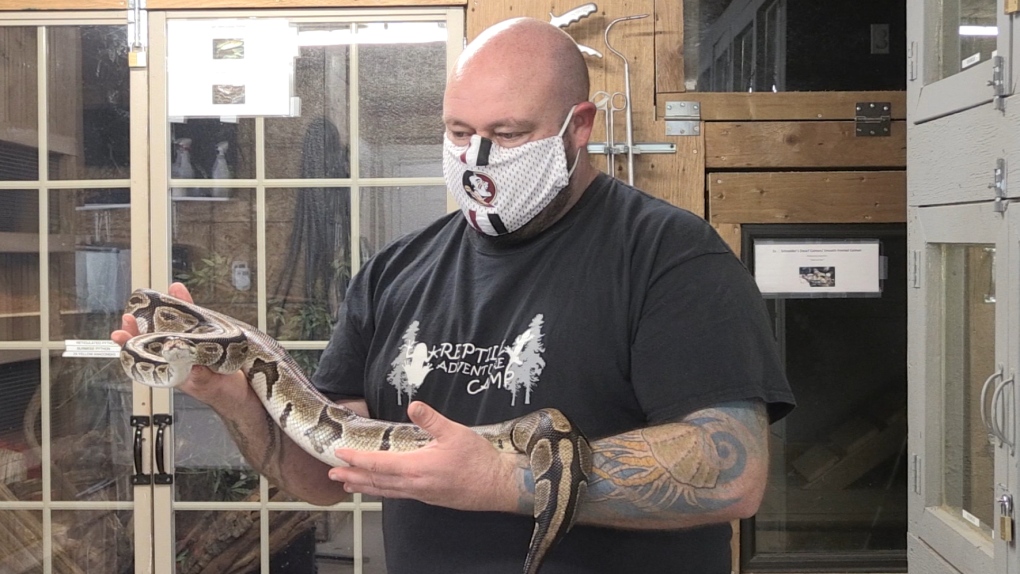 Steve Featherstone says between March Break, when the Reptile Adventure Camp in Bonfield, Ont. experienced its first full shutdown, and Labour Day, it lost about $37,000 from pre-booked shows cancelations. That loss does not include the revenue from new bookings lost to the pandemic. Jan. 17/21 (Alana Pickrell/CTV News Northern Ontario)

BONFIELD -- Throughout the COVID-19 pandemic the lights have stayed on at the Reptile Adventure Camp as 90 rescue animals call it home.

However, even with staff still employed and animals still-to-feed, owner Steve Featherstone says the last year has been tiresome.

“It’s mostly budgetary stuff, but its quality of life as well right,” he said explaining that most of its regular programs haven’t been able to run.

“This is what we like to do. So not being able to do birthday parties, and school shows, and being at all the big corporate events, and fall fairs and, meeting the same people that we’ve met every event for four years since I’ve been out here and doing stuff I’ve done daily for 25 years.”

Featherstone says between March Break, when the camp experienced its first full shutdown, and Labour Day it lost about $37,000 from pre-booked shows being cancelled. This didn’t include shows that could have been booked if it wasn’t for the pandemic.

“Just not being able to run programs, it’s disheartening. This is our passion and this is what we like to do is run programs and put some animals in kids hands and deliver some very valuable information to them and creating life experiences,” he said.

“We were only allowed five kids a week,” he explained.

“Usually we max out at 16 a week and we sell out all our programs. So five a week for the whole summer, it was still fun and the kids had a blast and the staff had a blast and they got paid, which was great. But you know, a little bit of a financial difficulty for sure running with only five and still paying two full time staff.”

However, even with the doors being closed to the public, Featherstone says they’re finding ways to still involve the community.

“We have an animal adoption program,” he said, which launched earlier this year.

“Similar to like, some of the other animal facilities and zoos that have done it in the past. So you can adopt an animal, basically donate money to the program, and you get a bunch of different perks from our programs.”

There are six different adoption options available starting at $25 and going up to the biggest package at $1000 that includes a free week of summer camp and a free birthday party. 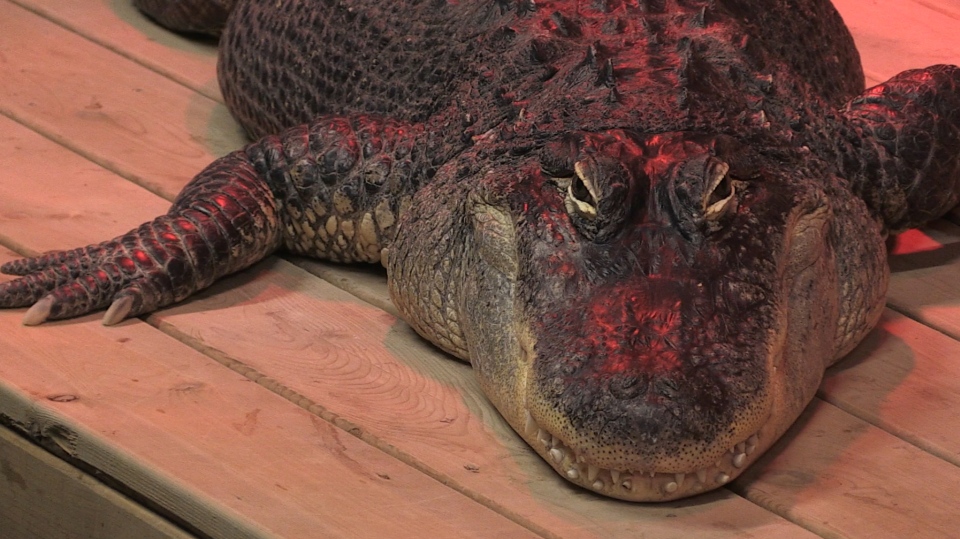 Looking ahead to 2021, the Reptile Adventure Camp has a full schedule planned in hopes that kids will be able to attend day camp again. Jan. 17/21 (Alana Pickrell/CTV News Northern Ontario)


“It’s just a way for people to get involved. We’re not really in dire need. I’m working other jobs, full-time jobs, to kind of keep everything a float. So we’re struggling, like anybody else is,” he said.

“It’s a difficult time to ask for money from people because everybody’s kind of in the same boat. We’re just trying to create something new and something that will help us out definitely, but something that people can get involved in.”

Looking ahead to 2021, the camp has a full schedule planned in hopes that kids will be able to attend day camp again.

“My favourite part was probably feeding the snakes,” said Mason.

“No, holding the snakes!”

The two also got to learn archery, participate in axe throwing, take pictures with several reptiles and learn how to clean cages and feed the animals.

“It just creates that life long link to nature and the conservation,” said Featherstone.

“It breaks down barriers, phobias, fears and it just brings kids back to a nature centred view. Lets them touch animals, many times for the first time, especially anything exotic.” 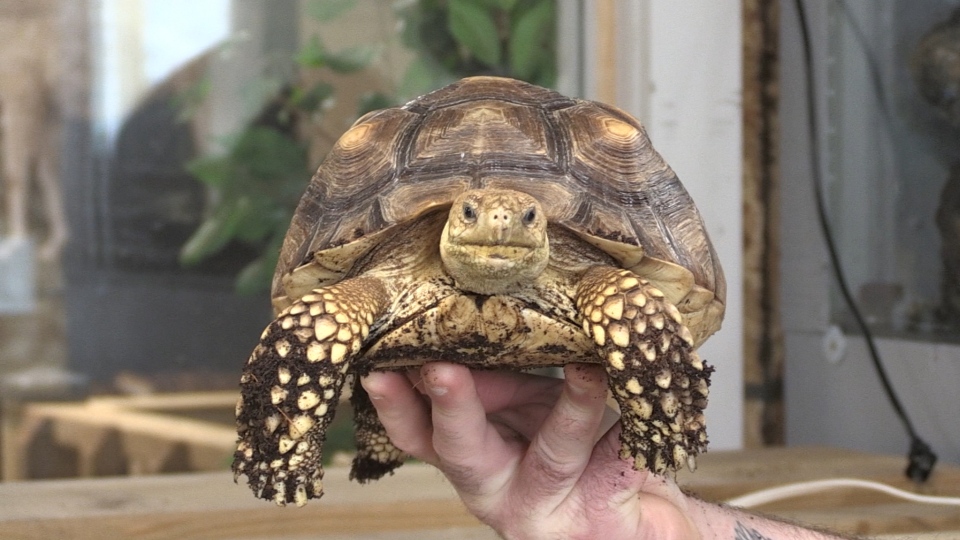 “Just not being able to run programs, it’s disheartening. This is our passion and this is what we like to do is run programs and put some animals in kids hands and deliver some very valuable information to them and creating life experiences,” says Reptile Adventure Camp's Steve Featherstone.Jan.17/21(Alana Pickrell/CTV News Northern Ontario)

Over the last year the Reptile Adventure Camp has also helped rehome about 100 different reptiles who made good house pets.

“Animals will come in and we’ll rehabilitate them if we need to, get them to the vets, get them the health care that they need, get them up and eating well and then adopt them back out if they do make good pets,” said Featherstone.

“The ones that require a little bit too much care or get too big or could be deemed a safety issue or anything like that, they stay with us or they go to other accredited facilities in Canada.”

Although the camp is still busy right now, Featherstone says he is looking forward to opening up under more normal circumstances.

“We’re ready to go when the world is ready for us.”