The opioid crisis continues to trouble many northeastern communities.

Even with many harm reduction programs in place, such as needle exchanges and free overdose prevention kits, fentanyl and other drugs like it are claiming more and more lives in cities all over the country. 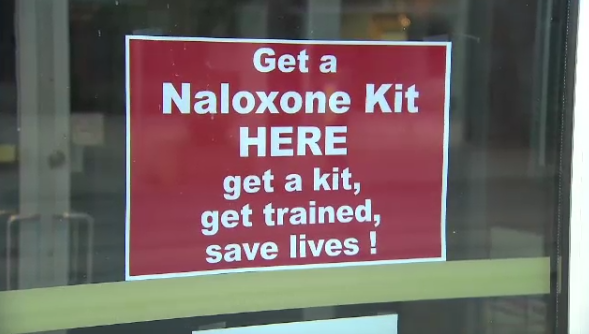 This coupled with rampant drug paraphernalia litter has prompted a renewed debate over whether it's time for the City of Greater Sudbury to establish a safe injection site, despite signs that the Ontario government won't be offering support.

Discarded needles in plain sight are a sign of a drug problem that's only getting worse.

Réseau Access Network has been handing out clean needles for nearly 30 years, trying to prevent the spread of HIV and hepatitis among intravenous drug users.

But now, opioids are the drug of choice for many.

"Definitely within the last two to three years, a general spike." said Rainville.

He and others want to take their outreach to the next level, a safe space where users can gather and inject, but also get help.

The debate around safe injection sites is nothing new, but in a city that gave out more than a million needles last year, where overdose deaths continue to grow, many say it's time for Sudbury to admit it has a problem and get the help it needs.

It's a familiar idea, when you look at public health victories of the past.

Chantal Belanger is a nurse with Public Health Sudbury & Districts.

But with the new Ford government now balking at the idea of funding safe injection sites, one Sudbury mayoral candidate, Bill Crumplin, is suggesting the city go it alone.

"We should be doing all that we can to fight this crisis. If the province wants to get out of funding safe injection sites, Greater Sudbury has no choice but to pick up the slack." said Crumplin.

“Not so fast.” says another Sudbury Mayoral candidate, Dan Melanson.

"A safe injection site is not the solution to the drug problem and is at best a stopgap measure. To suggest that the city should purposely seek out and take on the financial burden is idealistic and financially irresponsible." said Melanson.

Standing up for drug users might not win a lot of votes, but on the front lines, it's about more than politics.

"These sites save lives, and that I think is paramount." said Rainville.

Because, as experts say, when you're fighting a drug a thousand times more potent than heroin, clean needles only go so far.