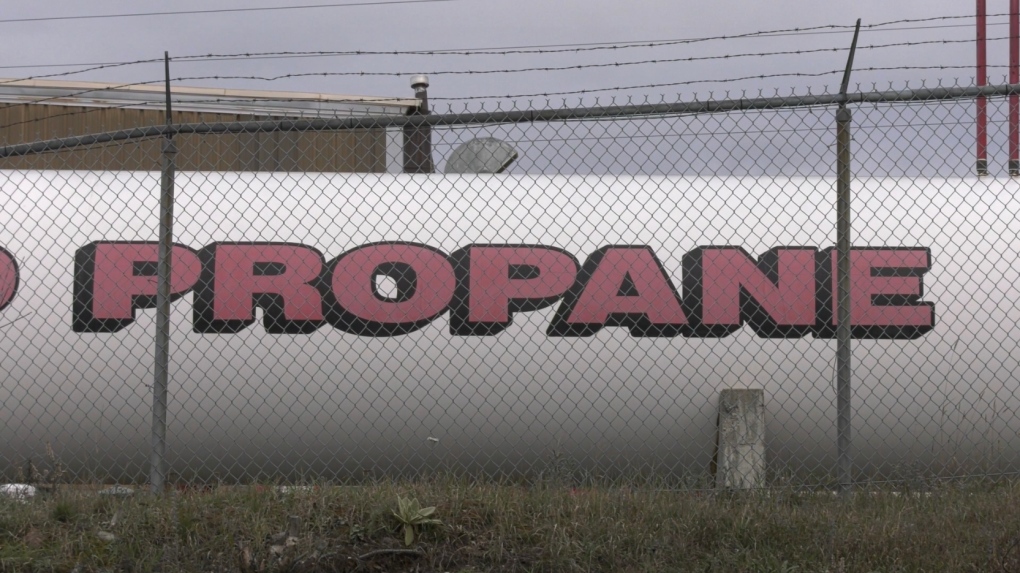 Timmins city councillor John Curley said he has constituents that power their homes with propane, who he worries will face challenges due to the price surge. Oct.23/21 (Sergio Arangio/CTV News Northern Ontario)
TIMMINS -

As prices of oil and gas rise during the pandemic, commodity experts are saying it's also affecting the price of propane.

It's impacts are being seen around the country, with a propane supplier in Timmins telling CTV that prices in the area have soared up to 200 per cent.

Wholesale prices of propane this time last year were in the range of $0.20 per litre, Palermo said, and current prices are closer to $0.60 cents. The extra cost are then passed down to consumers.

This is leading to concerns over the impacts on residents in rural communities, as well as industries like construction, which rely on propane for heat during the winter months.

Timmins city councillor John Curley said he has constituents that power their homes with propane, who he worries will face challenges due to the price surge.

"It's going to be devastating for a lot of them," Curley said.

"Our prices up here, I find, already are high."

Costs of gas tend to be higher in northern Ontario than other parts of the province — and with propane being a byproduct of oil and natural gas, it typically follows the price fluctuations of those commodities.

Palermo said residential propane customers who locked in a one-year fixed rate contract earlier this year are being spared the full brunt of the price surges, but are still seeing a 20 to 30 per cent increase over last year.

He gave the example of a 1,200 square foot home, which would typically use up to 5000 litres of propane in a year, normally costing roughly $3000. That cost would jump closer to $4000 this year, under a fixed rate contract.

Those ineligible for a contract, however, are subjected to the price changes as they happen, potentially costing them hundreds of dollars more.

The worry for Curley is that those who cannot bear even a 30 per cent extra cost will have to make up for that by heating only certain rooms of their homes, using less heat or accessing food banks.

The surges are due to a shortage of supply in Canada, said Palermo, in part a result of lower production during the pandemic.

Moreover, he said the country exporting much of its propane supply overseas is exacerbating the domestic shortage.

"They're getting a better bang for their buck by exporting it," Palermo said.

While municipalities have no power over this, Curley said he wants to see action from the federal and provincial governments.

"We have to find some sort of regulation to keep the prices fair," he said.

But Palermo said the largest impact of the price surges will be on industries like construction, who have no options of protection against rising costs.

Many construction projects are not yet hooked up to natural gas, he said, and so must use propane to heat their sites and buy it at the current price.

Palermo foresees this causing a negative ripple-effect throughout the winter.

"Any time you're dealing with propane in the winter time, there's a huge effect when you have a shortage," Palermo said. "It affects many different markets."