It doesn’t matter if it’s hot and sunny, or chilly and grey, the Splash N Go Adventure Parks is a crowd favourite for people all across the northeast region.

"My favourite part about it was like where I was slipping a lot because it was really fun,"said 7-year-old Lilly Lafontaine. "But I didn’t get hurt!"

"I really wanted to do the ropes, "said Jamie Troscinski who was out with his kids. "I made it the first time with my son, so that was probably my favourite experience, climbing the ropes."

The pop-up water park can hold 124 people at a time and is only operating at 75 per cent capacity this summer. It opened in Sudbury on Aug. 1 and officials say it was 98 per cent booked for the first two weeks. 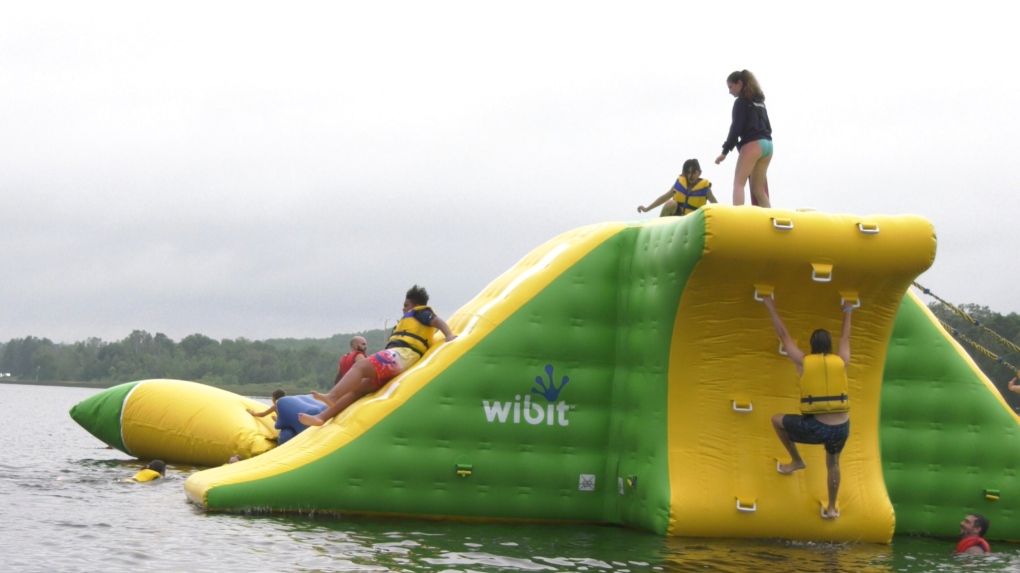 Due to COVID-19 people have to buy their tickets online in advance and there are four different 90-minute time slots available each day.

There are several safety protocols in place including a rule that life jackets must be worn and kids between the ages of five and eight must be accompanied by an adult. There is also a safety seminar for all guests before they are allowed on the course.

"Once you’re out on the park, you can’t swim under the inflatable," Lafreniere said. "You need to watch when you’re jumping and when you slide down the slides. You need to make sure that you stay within the buoy areas. You don’t want to kick or push anybody off the unit and then every time you step onto the unit you need to use these yellow step-up systems that we have that surround the park." 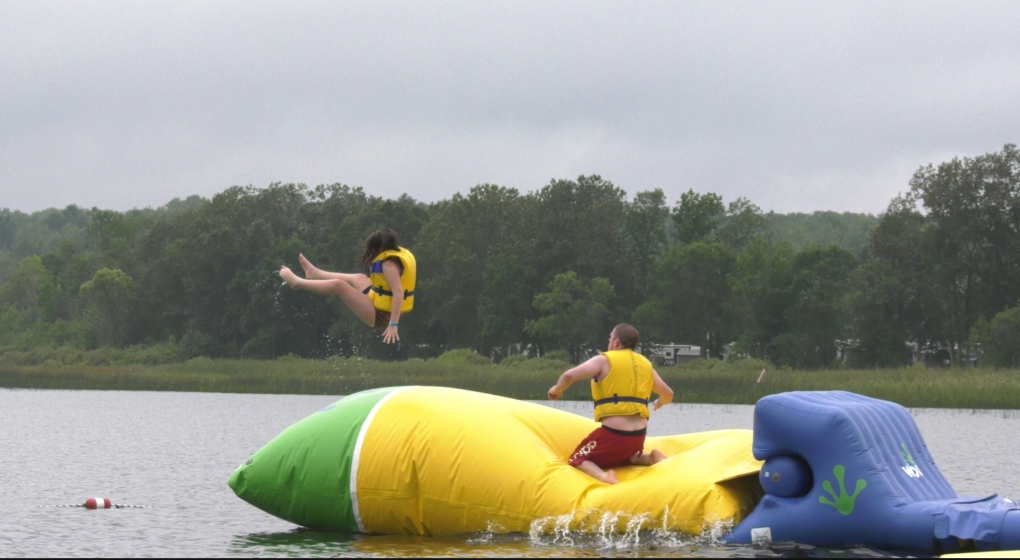 Officials said there used to be full-day passes, but due to capacity restrictions, contract tracing, and sanitizing all the life jackets they are only offering 90 minute periods this year. However, visitors said that’s enough time.

"It was a lot harder than I thought it would be, it was very fun, the kids were great," said Troscinski.

Judging by the smiles and laughter throughout the lake, it is fun for all ages.

"It was a lot of fun. It was very wiggly and it was fun to jump off the big thing like the cliff," said 11-year-old Saija Miaone.

Marie-Eve Comeault, 7, added, "it was like so fun to jump off the big cliff and especially because I don’t know how many times I fell off of it." 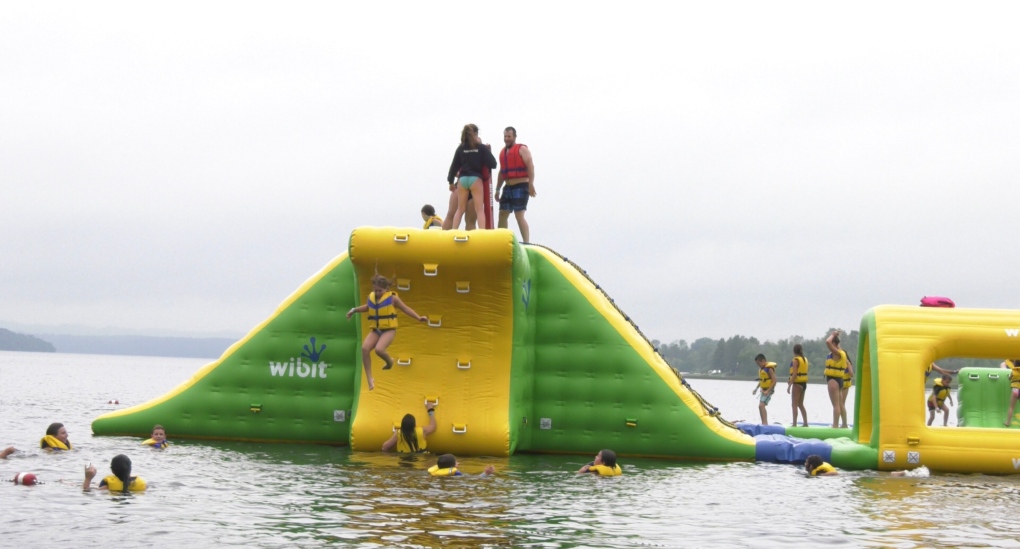 The park will stay in Sudbury until Aug. 29, which will mark its last stop of the season. But officials said this is something they hope to continue for many summers to come.