Police standoff in Chelmsford over, man in custody

GREATER SUDBURY --  Sudbury police say the standoff at a Chelmsford residence has ended.

They say members of the Ontario Provincial Police Tactics, Rescue Unit, and Emergency Response Team, entered the dwelling just before 2:30 p.m. and took the 43-year-old man into custody.

He is being charged with:

Police say additional charges are pending as officers will be conducting a search warrant at the residence.

GREATER SUDBURY -- Sudbury police are now releasing more details into the standoff in Chelmsford, they are now saying it was a 'hostage situation.'

Police say they received a call regarding a disturbance at a Chelmsford residence Wednesday night around 5 p.m. involving several people.

They say a 43-year-old man was allegedly holding a 26-year-old woman hostage, that the two know each other, and that there were firearms inside the residence.

Hostage negotiators made several unsuccessful attempts to communicate with the man before the woman was able to escape around 1 a.m. uninjured.

Police are asking the public to not post live footage of officers in the interest of their safety. 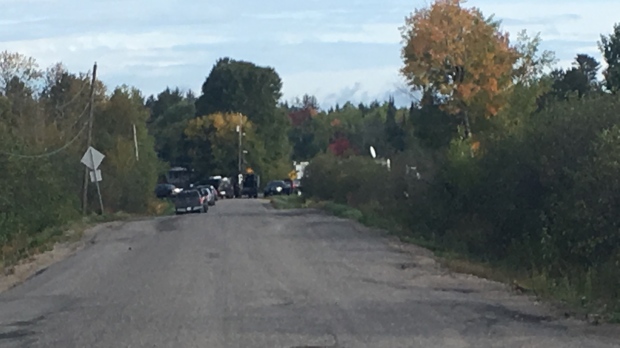 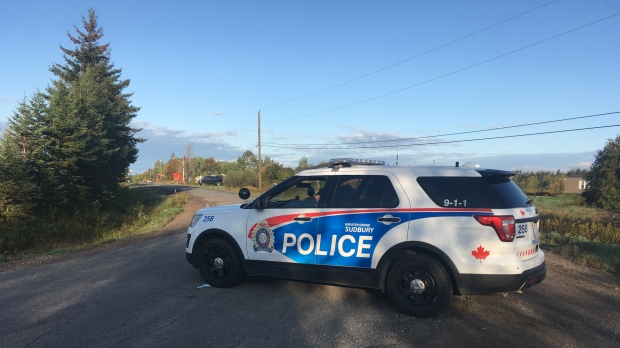 (Mackenzie Road in Chelmsford is closed by police for a standoff at a residence Thursday, September 26, 2019. Alana Everson/CTV Northern Ontario)

GREATER SUDBURY -- A police standoff in the Greater Sudbury community of Chelmsford that began overnight, involving a residence on McKenzie Road, is still ongoing Thursday.

Officers have closed the road to vehicles and pedestrians from Montpellier Road to Highway 144, and the public is asked to avoid the area.

Police say the residence is contained and there is no immediate threat to the public.

A woman exited shortly after officers arrived early Thursday morning and no injuries have been reported.

Police say a man remains inside the residence and they are looking to o resolve the matter peacefully.

The Ontario Provincial Police Tactics and Rescue Unit and the Emergency Response Unit have been called in to assist the Greater Sudbury Police Service's Tactical Unit.

CTV Northern Ontario's Alana Everson is on the scene and will provide updates as they become available.