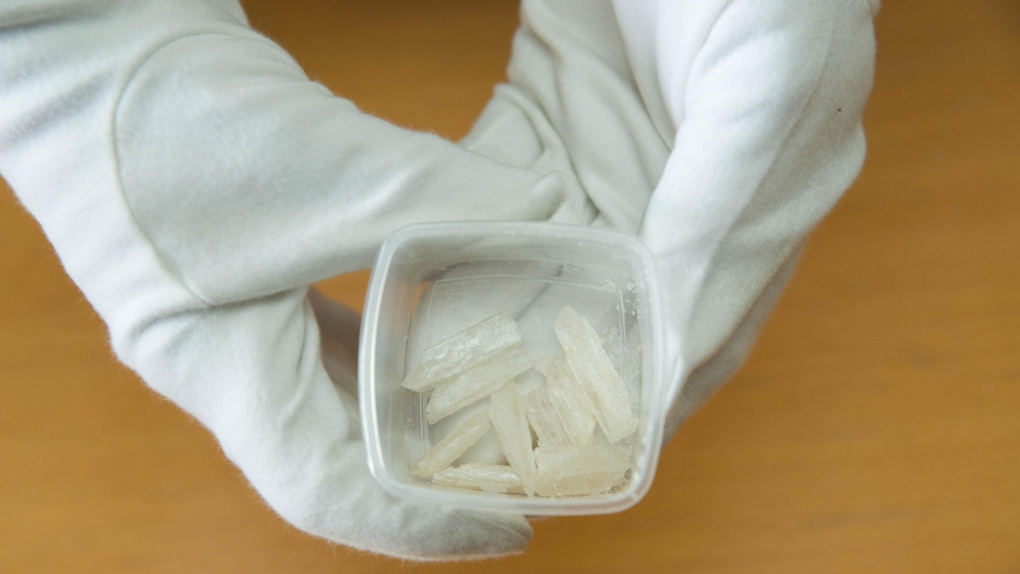 Crystal meth crystals are presented at the State Office for Criminal Investigations in Berlin, on Wednesday, July 22, 2015. (Joerg Carstensen/dpa via AP)

SUDBURY -- A home on Smith Road in North Bay was raided on June 10.

As a result, several provincial and local police units seized $55,000 worth of suspected fentanyl, crystal meth, ecstasy and methamphetamine pills, and MDMA, also known as Molly. More than $7,000 in cash was also seized from the residence.

Three suspected drug dealers were arrested and charged with trafficking and possession of property obtained by crime: a 46-year-old local man and two people in their 20s from southern Ontario.

As part of the takedown, Almaguin Highlands OPP took two of the suspects into custody after stopping their vehicle.

A 25-year-old from Brampton was held in custody while the other two were released and are scheduled to appear in court on August 11.