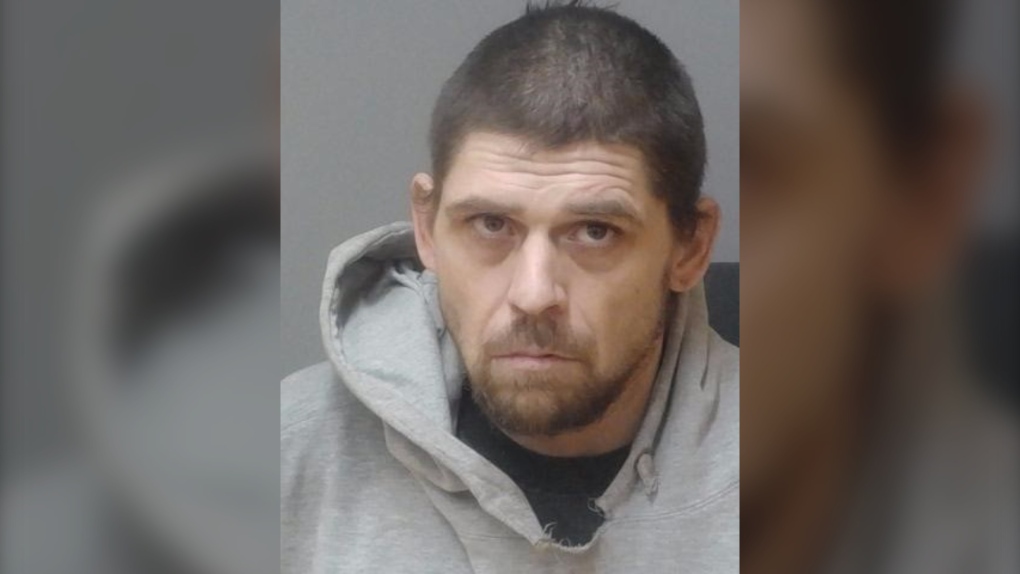 The Ontario Provincial Police in Cobalt are asking for the public's help to locate Brian Edwards, who suspected to be involved in two violent home invasions Jan. 15 and Jan. 16. (Supplied)

SUDBURY -- The Ontario Provincial Police in Cobalt are asking for the public's help to locate a man suspected to be involved in two violent home invasions Jan. 15 and Jan. 16.

"A warrant of arrest has been issued for Brian Edwards in connection to these incidents," Temiskaming OPP said in a news release Monday. "Police believe there is no concern for public safety at this time."

Edwards is described as a white male, brown hair, brown eyes, is 5-foot-9 and weighs about 205 pounds. He has a number of tattoos, including a dragon and snake on his arm.

He is wanted in connection with two incidents. The first took place Jan. 15 around 11 p.m. when police responded to a call of an assault with a weapon on First Street in Cobalt.

"Preliminary investigation revealed that a disguised culprit forced their way into a home, confronted the two occupants and brandished a knife while demanding money from one of the victims," police said. "The victim was assaulted and the individual fled with an undisclosed amount of cash, an ammunition box containing coins, stamps and jewelry."

The victim was treated by EMS for non-life threatening injuries.

"Further investigation revealed that two disguised individuals broke into a residence and assaulted one of the occupants with a bat and stole a lock box containing sport cards, jewelry and an undisclosed amount of cash," police said.

An arrest warrant has been issued for Edwards. Anyone who has had contact with him or has information about where he is located is asked to contact the OPP at 1-888-310-1122, or contact your nearest police authority.