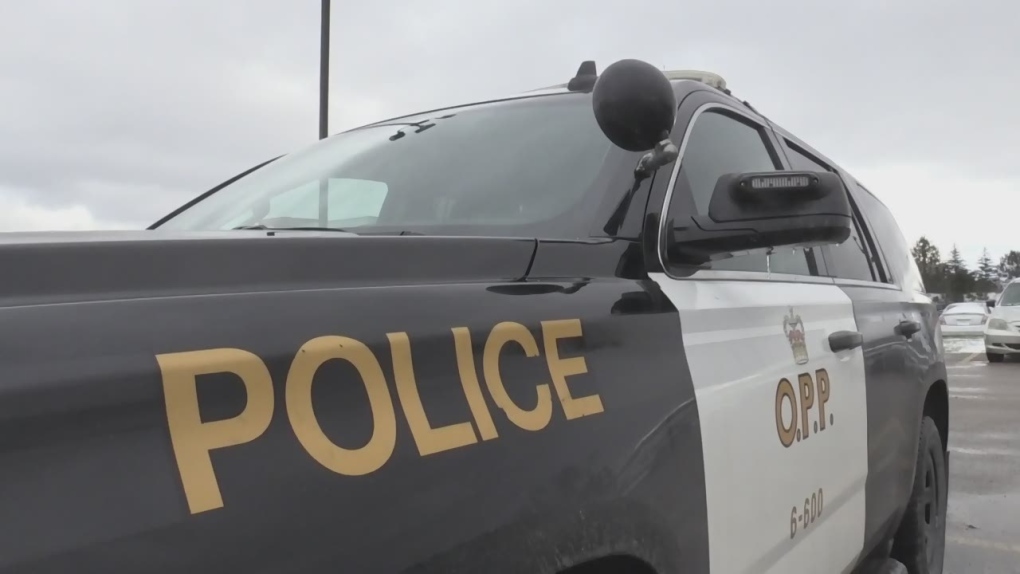 A 30-year-old suspect wanted for a mini-crime spree that began in December has been charged with 51 offences, Ontario Provincial Police said Wednesday. (File)

A 30-year-old suspect wanted for a mini-crime spree that began in December has been charged with 51 offences, Ontario Provincial Police said Wednesday.

The resident of Aweres Township, near Sault Ste. Marie, was arrested Monday and charged in connection with a string of incidents that began Dec. 9 and continued Dec. 12, Jan. 17, Jan. 19 and Jan. 24, when the OPP made the arrest in Thessalon.

When taken into custody, police said the suspect first gave a false name and then tried to run away.

"Police arrested the person a short time afterwards," the OPP said in a news release. "A set of brass knuckles, and a small amount of suspected oxycodone, crystal meth and fentanyl were located in their possession."

The suspect was first charged with seven offences – including weapons and drug possession – but further investigation led to another 44 charges in connection with incidents dating back to December.

The accused appeared before the Ontario Court of Justice Video Bail in Blind River on Jan. 24 and was remanded into custody.

Justice advocate David Milgaard, a man who was wrongfully convicted of murder and spent more than two decades in prison, has died.

Aaron Salter was one of 10 killed in an attack whose victims represented a cross-section of life in the predominantly Black neighbourhood in Buffalo, New York. They included a church deacon, a man at the store buying a birthday cake for his grandson and an 86-year-old who had just visited her husband at a nursing home.

As Russia retreats from Kharkiv, music returns in secret concert

In Kharkiv, Ukraine, you can still hear the sound of explosions, but now it's outgoing, with the Ukrainians firing at the Russians in retreat. Russia started withdrawing its forces from around Ukraine's second-largest city earlier this week after near constant bombardment.

The white 18-year-old who shot and killed 10 people at a Buffalo supermarket had researched the local demographics and drove to the area a day in advance to conduct reconnaissance with the intent of killing as many Black people as possible, officials said Sunday.

A man opened fire during a lunch reception at a Southern California church on Sunday before being stopped and hog-tied by parishioners in what a sheriff's official called an act of 'exceptional heroism and bravery.'

Not long before Russian President Vladimir Putin launched his invasion of Ukraine in February, CTV News' Chief International Correspondent Paul Workman returned to Afghanistan, a country he last visited in 2008 that is now faced with a humanitarian crisis under Taliban rule.

While the Red River is starting to recede in southern Manitoba, flood waters linger in communities and more than 2,000 people are still displaced.

Inquest to begin in N.B. police shooting of Indigenous woman during wellness check

The lawyer for the family of a British Columbia Indigenous woman fatally shot by police in Edmundston, N.B., during a wellness check two years ago said a coroner's inquest opening Monday offers a chance for her loved ones to get long-awaited answers.