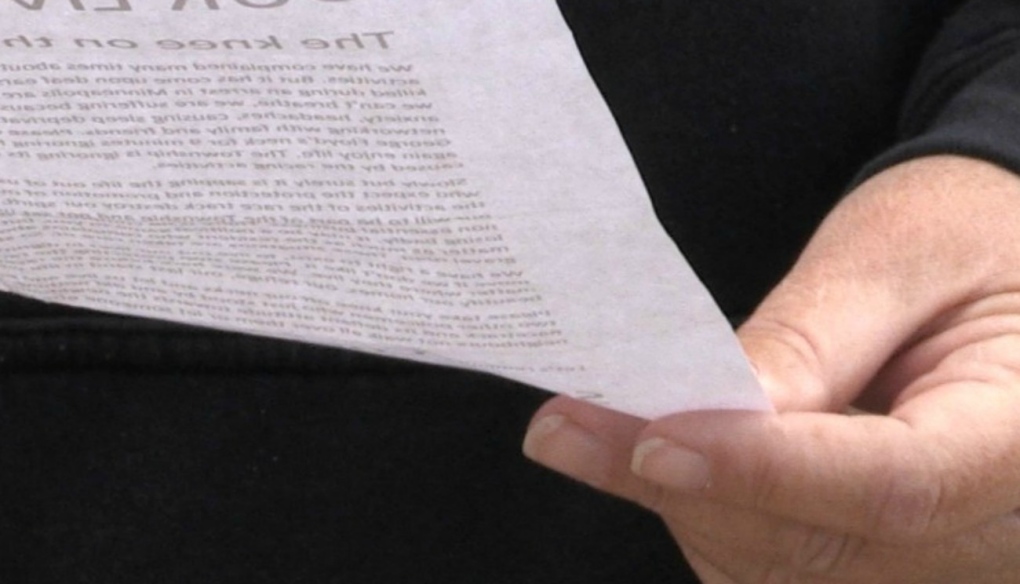 There's controversy brewing in Bonfield after a letter was mass mailed to the entire township from a disgruntled citizen comparing noise from the Bonfield Event Park’s drag strip to the killing of George Floyd in the U.S. (Eric Taschner/CTV News)

A police investigation into the letter, which was sent to the entire town east of North Bay by a disgruntled resident that shocked many, has been completed and no charges are warranted.

"The OPP conducted an investigation and canvassed the area near the racetrack to speak to residents about the letter," said police in a statement. "The OPP have concluded that the letter in question does not equate to a criminal offence. At this time, the OPP have not identified the person who wrote or distributed the letter."

The letter compares the noise complaint to the murder of George Floyd in the U.S., claiming non-action by the township is similar to the non-action of the police officers on duty when Floyd was dying.

Bonfield Mayor Randy McLaren said the comparison is not appropriate.

“I just couldn't believe the analogy that was being used," said Lisa Groves, the owner of Bonfield Event Park.

Residents that live near where the drag racing occurs have mixed opinions on the noise.

"We support the police and will respect their decision pertaining to criminal activity," said Groves. "We are thankful for the 100's of messages of support from the local community. Messages have come from the racing/event community all over North America as well."