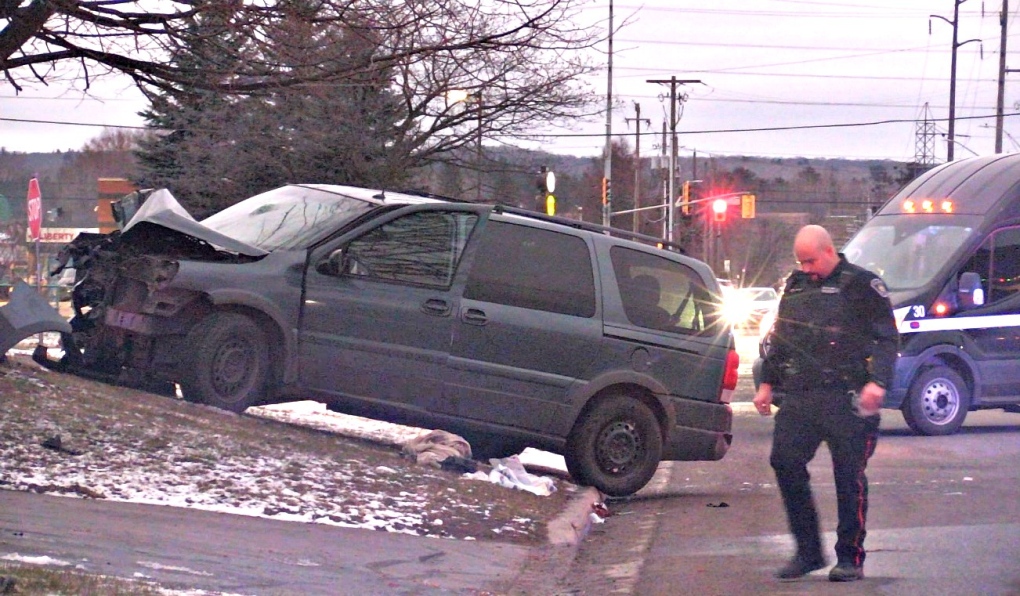 Sault Ste. Marie Police are at the scene of a single-vehicle collision Friday that sent a man and a woman to the hospital with serious injuries. (Christian D'Avino/CTV News)

SUDBURY -- Sault Ste. Marie Police were on scene of a single-vehicle collision on Dec.4 that sent a man and a woman to the hospital with serious injuries.

The crash took place around 3:30 p.m. in the area of Farwell Terrace and Raymond Street.

In a news release issued Dec.5, police confirmed the man later died in hospital but that he had suffered a medical episode just before the accident.

"Through the investigation officers learned the driver of the vehicle, a 67-year-old man, was in medical distress prior to the collision," said police in the news release.

Following the crash, police did provide details during the investigation's premlinary stages.

"(The) vehicle left the roadway and struck a tree," police said in a news release.

Police were asking motorists to avoid the area but roadways have since been reopened.