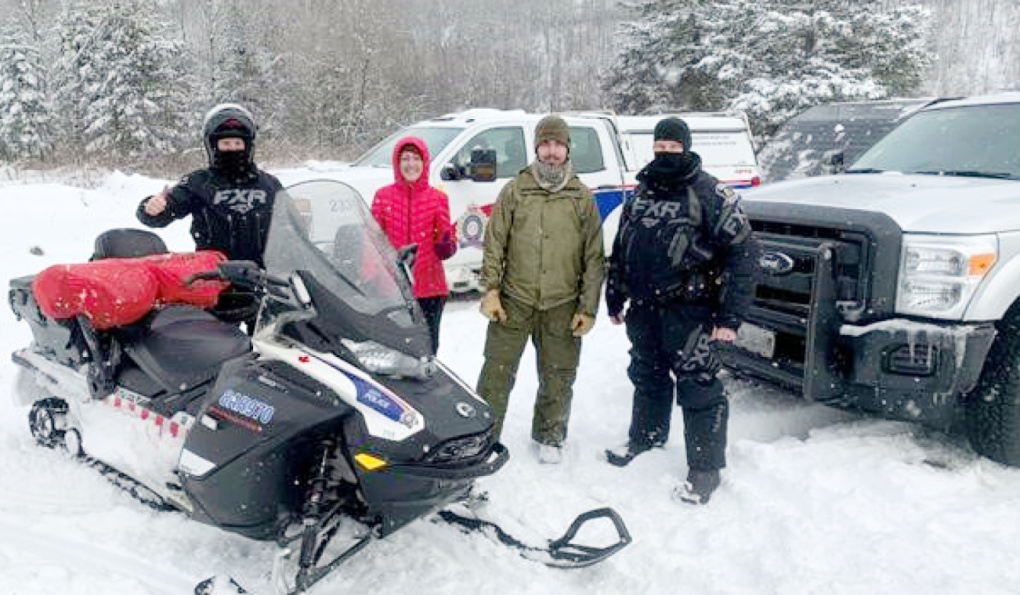 With some help from the province, Greater Sudbury Police were able to rescue two people who went missing during a weekend camping trip. (Supplied)
Sudbury -

With some help from the province, Greater Sudbury Police were able to rescue two people who went missing during a weekend camping trip.

Their family contacted police to tell them the pair were overdue from a weekend camping trip north of Capreol.

"Fortunately, the two missing individuals had informed their family as to exactly where they would be in case they did not return home," police said in a news release Tuesday.

"The two individuals also made the wise decision to remain with their vehicle instead of attempting to walk almost 50 kilometres of trails back to the main road."

With help from the Ministry of Natural Resources and Forestry, officers with the rural unit found the pair.

"Arrangements will be made to recover the individuals’ vehicle," police said.

"We'd like to give kudos to these individuals for mitigating risk by telling family members where they would be located and for remaining with their vehicle instead of attempting to trudge through the snow to the main road."

They are going public with the story to remind residents of how important it is for campers to let people know where they are going, how they are getting there and when they plan to return.

"Had these individuals not notified their family as to their exact location and expected time of return, there may have been an entirely different outcome in this situation," police said.

People should always check the weather forecast to ensure they are prepared for the conditions, police added, and should wear clothing in layers.

"Additionally, if ever you become lost in the wilderness, the best thing to do is stay where you are," police said.

"The further you go, the more lost you become. Especially in extreme heat or cold weather conditions, it is best to avoid exerting yourself and risking potential injury. Find or make a temporary shelter, stay warm, dry, and as hydrated as possible."

Police are also reminding people about the what3words app, which is a simple and effective way to share information with first responders.