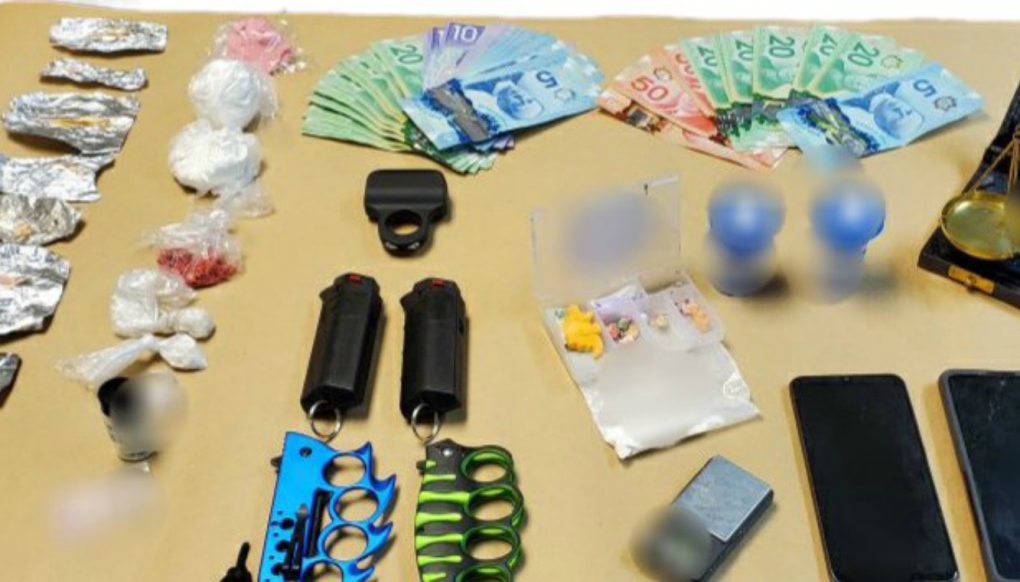 Police seized what they believe is cocaine, crack, fentanyl and hydromorphone pills worth almost $55,000. (Supplied)

SUDBURY -- A drug bust in Espanola by the Manitoulin detachment of the Ontario Provincial Police on Wednesday netted close to $55,000 in illegal drugs.

Around 3:45 p.m. Thursday, police said they executed a search warrant at a home on Centre Street in the community west of Sudbury, seizing what they believe is cocaine, crack, fentanyl and hydromorphone pills along with prohibited weapons, drug paraphernalia and cash.

"Three arrested and weapons and drug charges were laid," police said in a tweet.

Three local residents, a 39-year-old woman and two men ages 37 and 45, now face a list of charges including drug trafficking.

The two men were released and are scheduled to appear in Espanola court on Oct. 5 while the female remains in custody with a bail hearing scheduled in Sudbury on Aug. 24.