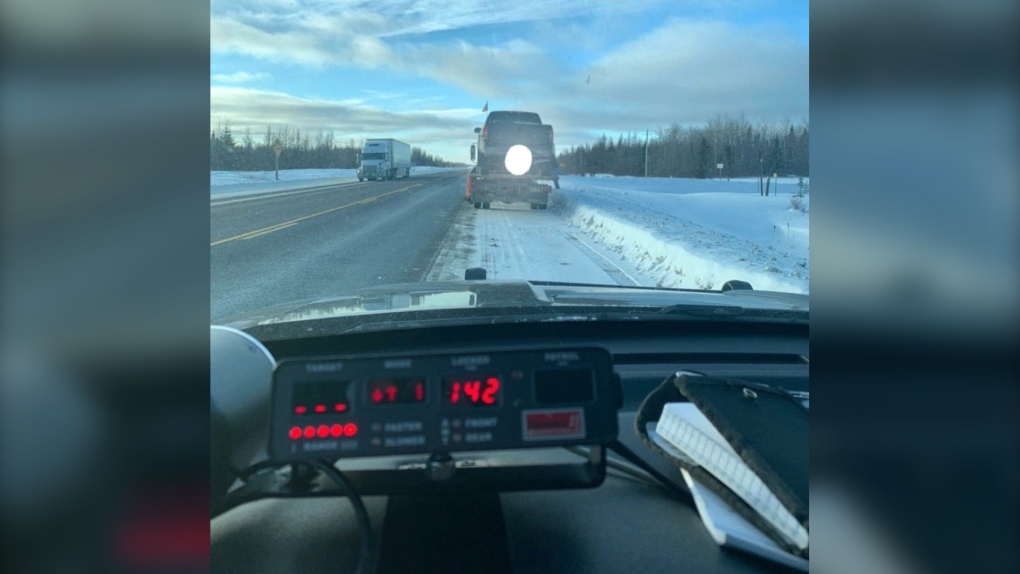 SUDBURY -- Officers with the James Bay detachment of the Ontario Provincial Police stopped a driver on Highway 11 near Kapuskasing who they say was travelling 52 km/h over the speed limit.

The truck was travelling at 142 km/h in a 90 km/h zone in Kitigan township in northeastern Ontario, police said in a tweet on Tuesday morning.

The driver has been charged with stunt driving, has had their truck impounded for seven days as well as their driver's license being suspended for a week.

Speeding is considered stunt driving when a vehicle is going faster than 50 km/h or more over the speed limit.

Drivers charged with stunt driving have their vehicles impounded for seven days, face big fines and even possible jail time.

"The impound and storage fees from the tow company alone are huge," said Const. Jennifer Smith, OPP media relations officer. "Upon conviction, fines range between $2,000 and $10,000 or up to six months in jail. For a first offence conviction, a drivers' licence can be suspended for up to two years and for subsequent offences, up to 10 years."

Police said many fatal crashes are caused by excessive speeding.

"Aggressive driving, including speeding, is one of the leading causal factors in traffic deaths in OPP patrolled areas," said Inspector Joel Breault, of the Temiskaming OPP. "Speeding often leads to other aggressive driving behaviours such as following too closely and unsafe lane changes."