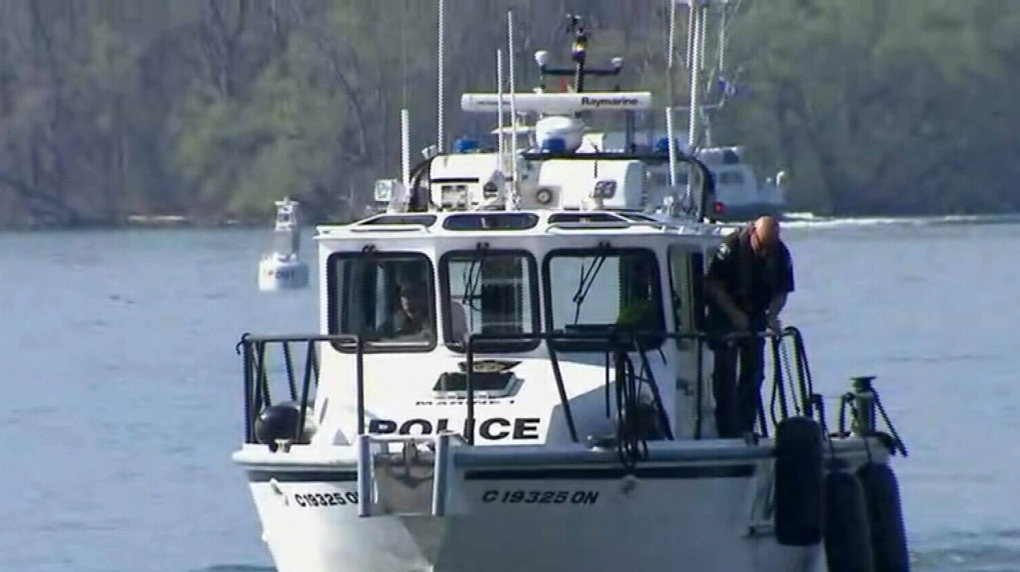 Ontario Provincial Police have identified the two victims who drowned in the Montreal River on Tuesday morning after their boat capsized. (File)

Ontario Provincial Police have identified the two victims who drowned in the Montreal River on Tuesday morning after their boat capsized.

The deceased are George Brunton, 90, Robert Hachey, 74, both from the Town of Latchford.

OPP were called at 11:30 a.m. Tuesday and responded with special search-and-rescue units, including the emergency helicopter and marine units.

"Initial investigation revealed that two individuals were fishing when their vessel capsized," police said in a news release Thursday.

The search continued Wednesday, when the OPP's underwater unit located the victims in the water.

The investigation is ongoing under the direction of the Office of the Chief Coroner and the Ontario Forensic Pathology Service.

"The OPP reminds all operators and passengers to carry an approved lifesaving device in your vessel or pleasure craft for each person on board," police said.

"Find one that fits properly and wear it every time out on a vessel or pleasure craft."

It's been 25 years since Saskatchewan's last residential school closed, but some are still healing.

Canada Day has kicked off the unofficial start of summer, and the tourism sector is hopeful the first season in three years largely free of COVID-19 restrictions will marshal a much-needed boost for a pandemic-stricken industry.

When Dan Fine returned from his first trip volunteering at animal shelters on the Polish-Ukrainian border in late April, he immediately felt compelled to return to continue helping pets that have been left behind in the war.

'We have to build bridges': Canadian singer Chantal Kreviazuk on Ukraine, reconciliation

Moving toward reconciliation doesn't come from jumping 'the queue to perfection,' but by building bridges and trusting one another, Canadian singer-songwriter Chantal Kreviazuk told CTV News Channel during Canada Day celebrations in Ottawa on Friday.