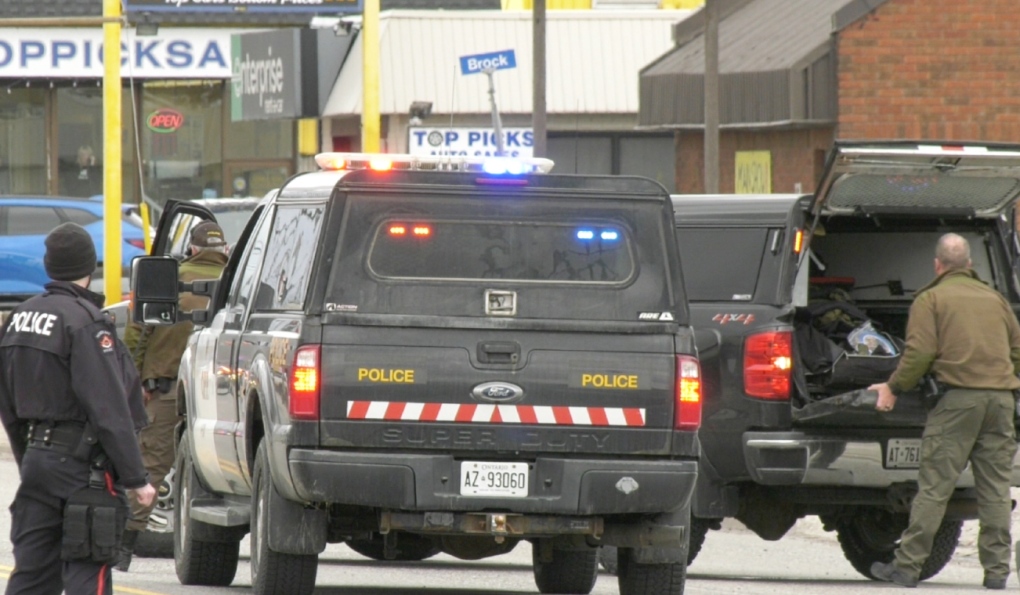 SUDBURY -- Ontario's Special Investigations Unit is reviewing a North Bay arrest where officers discharged an anti-riot weapon at a vehicle.

It happened Wednesday around 2:50 p.m. when emergency response teams from the North Bay police and the province surrounded a vehicle in the parking lot of a Lakeshore Drive business. It happened about an hour after city police closed off access to Lee Ave., Lakeshore Drive, and MacDonald Ave. East to help with the arrest of a wanted man who was found inside a vehicle.

"Inside the vehicle was a 22-year-old male passenger who was wanted on multiple warrants," the SIU said in a news release Thursday. "When the man refused to exit the vehicle, an OPP officer discharged his (Anti Riot Weapon Enfield) at the vehicle."

The man exited the vehicle and was arrested along with the driver.

"The man did not sustain any serious injury, but the SIU’s mandate was invoked under the Special Investigations Unit Act, 2019 because a firearm was discharged at a person. A firearm is defined as a barreled weapon from which any shot, bullet or other projectile can be discharged and that is capable of causing serious bodily injury or death to a person," the SIU said.

North Bay police said the 22-year-old has been charged in connection to a home invasion on Cedar Heights Road East on April 27. He is facing a list of 17 charges including firearm offences, breaking and entering, as well as having cocaine.

Anyone with information or video evidence is asked to contact investigators at 1-800-787-8529 or submit online.

The officer that discharged the anti-riot weapon was a member of the Ontario Provincial Police and not the North Bay Police Service.