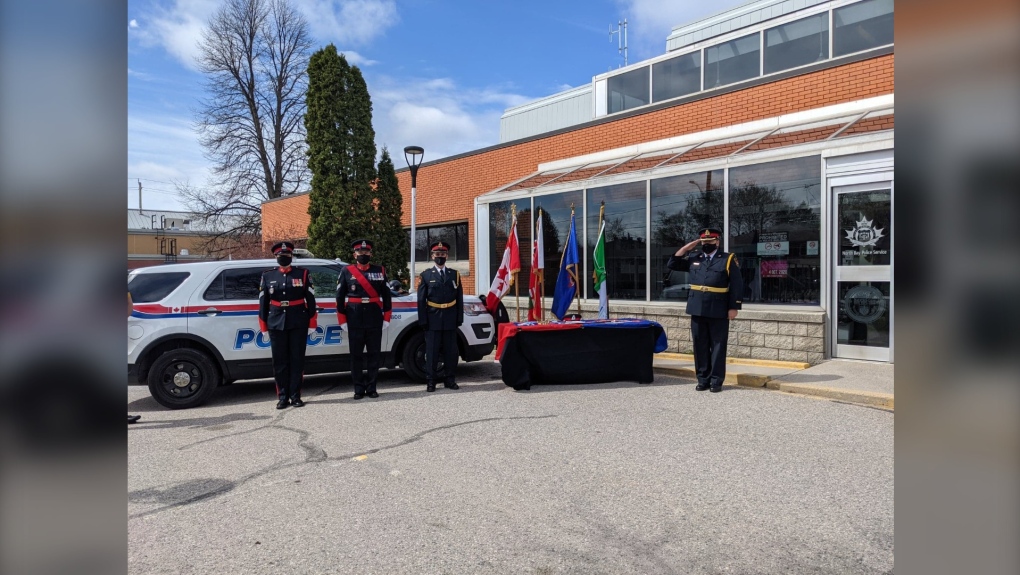 Using the hashtag ‘#HeroesInLife’, law enforcement agencies in Ontario are honouring the fallen officers and their family members with memorial ceremonies and sharing with their community through social media. (Supplied by the North Bay Police Service)

Due to public health restrictions, police from across the province, including those from northeastern Ontario, will not travel, but are remembering those lost through small services and online tributes.

Today we pause to honour Ontario Police Officers who gave their lives in the line of duty. These men & women paid the ultimate sacrifice while protecting their communities & will forever be #HeroesInLife You can watch the virtual ceremony @ 11 a.m. https://t.co/Vb244atNm0 pic.twitter.com/LmDvQn2trP

Using the hashtag ‘#HeroesInLife’, law enforcement agencies in Ontario are honouring the fallen officers and their family members with memorial ceremonies and sharing with their community through social media.

The ceremony was livestreamed Sunday morning from the Ontario Police Memorial site where foundation president Jason Tomlinson spoke to viewers.

Tomlinson also spoke of Manitoulin OPP Constable Marc Hovingh who tragically lost his life in the line of duty on Nov. 19, 2020.  A 28 year veteran of the force, Hovingh was killed in a police situation in Manitoulin Island's Gore Bay community.

“Tragedy struck this very year as we lost another brother in the line of duty. Provincial Constable Marc Hovingh of the Ontario Provincial Police laid down his life in service of his community,” said Tomlinson.

“I will borrow the words of Sergeant Kevin Van Schubert, a fiend of the Hovingh family. ‘Marc was always the guys you looked up to.  Growing up, we all wanted to be just like him.’”

The OPMF said it has also made the decision to forgo etching the names to the Wall of Remembrance until such a time they can be added with a ceremony befitting of the sacrifice officers made in the line of duty.  The ceremony traditionally will see dignitaries, processions, and guests from across the country.

“We are grateful to Marc’s dedication to his profession and offer our most sincere to Lee-Anne and his family,” continued Tomlinson.

“PC Hovingh will be formally honoured with his name etched on the Wall of Remembrance once we are permitted to gather in person and properly support the Hovingh family.”

The North Bay Police Service hosted a small service Sunday morning at police headquarters where flags were flown at half-mast in memory of fallen officers. 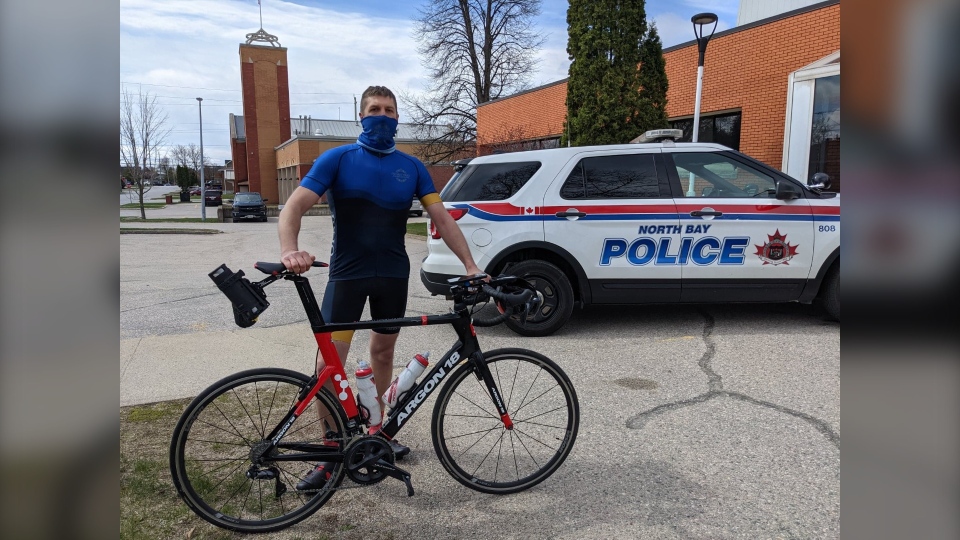 “Today we have the distinct honour of paying tribute to and remembering those fallen officers who made the ultimate sacrifice in the name of community service,” said Deputy Chief Michael Dazé in remarks at the Memorial Ceremony.

“We remember our own: Detective Fred Lefebvre and Constable Len Slater. To all those officers who served with dignity and pride: Thank you for your sacrifice. You are heroes in life, not in death – we will remember.”

The Greater Sudbury Police Service (GSPS) released a full video tribute to fallen officers who have given their lives to serve the community.  Names of fallen officers and their photo appear on-screen with police saluting their memorials that have been built across the city in their honour.

Today we recognize the ultimate sacrifice of Ontario Police Officers who have died in the line of duty. Although we could not gather in 2021 due to the pandemic, we will always remember them.