Police cracking down on bad driving habits this Thanksgiving weekend 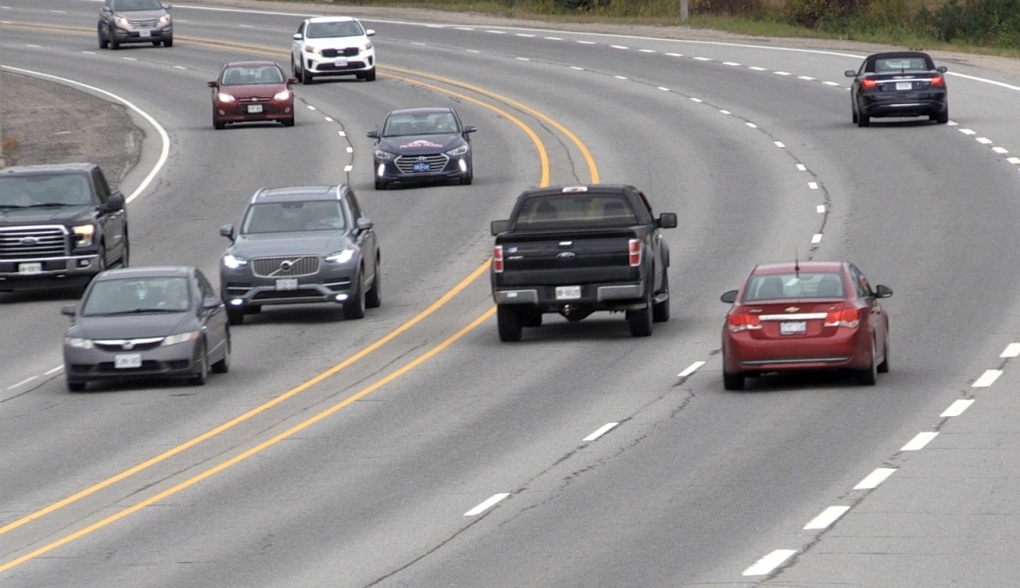 With the Thanksgiving holiday upon us, police agencies across the province will be cracking down on drivers, especially speeders. (Eric Taschner/CTV News)

NORTH BAY -- With the Thanksgiving holiday upon us, police agencies across the province will be cracking down on drivers, especially speeders. The Ontario Provincial Police say it has seen a hefty spike in excessive speeding.

It's one of four key areas officers plan to monitor this long weekend.

While public health officials encourage Thanksgiving be spent with people you live with, OPP will be monitoring the roads.

"We still expect people will be driving this Thanksgiving weekend,” said OPP Sgt. Carlo Berardi. “Drive safely if you have to (travel) and adhere to the rules."

Fatalities up by 25 per cent

"This year we've seen 25 deaths, compared to the same period last year we only had 20 deaths,” said Berardi. “So, we've had an increase in 25 per cent in our fatalities."

A key part of the campaign this year is focused on speed. Police say excessive speeding is on the rise by 30 per cent. It's linked to 41 deaths in the province. Six deaths were recorded in northeastern Ontario.

Nearly 7,000 racing and stunt driving charges have been laid.

“A majority of our population drives well most of the time,” said Berardi. “But there's a minority that don't adhere to the rules."

"We've charged 72 drivers with impaired operation of a motor vehicle and that's both alcohol and drug related," said North Bay Police Const. John Schultz. "Last year, it was at 49."

City police and OPP share the same warning this weekend: follow the rules of the road or the consequences could be severe.