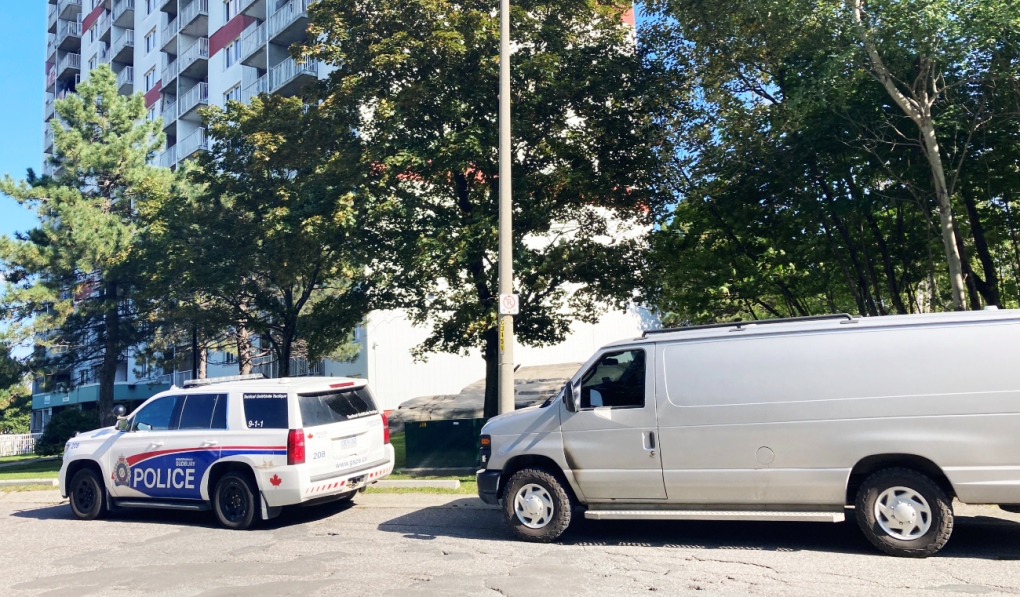 Just before 3:30 p.m. Tuesday, Greater Sudbury Police Services were securing the apartment building on Bruce Avenue in an attempt to take a suspect into custody.

"Officers currently on scene of apartment building in relation to a 37-year-old man wanted on multiple outstanding arrest warrants," police said in a tweet.

HEAVY POLICE PRESENCE - 720 BRUCE AVE - Officers currently on scene of apartment building in relation to 37 y/o man wanted on multiple outstanding arrest warrants. The wanted man is believed to be contained in a unit by ERU. Officers working to peacefully resolve incident.

"The wanted man is believed to be contained in a unit by (Emergency Response Unit) ERU. Officers working to peacefully resolve incident."

According to another tweet, the incident resulted in a 27-year-old man, wanted on outstanding warrants for multiple counts of theft and failing to comply, being arrested.

The 27-year-old suspect was released on an undertaking and will appear in court at a later date to answer to the charges.

Detectives applied for a search warrant of the unit.

Individuals with related information are asked to contact Greater Sudbury Police at 705-675-9171  or Crime Stoppers anonymously.

A previous verision of the story indicated the 37-year-old suspect was arrested in error.