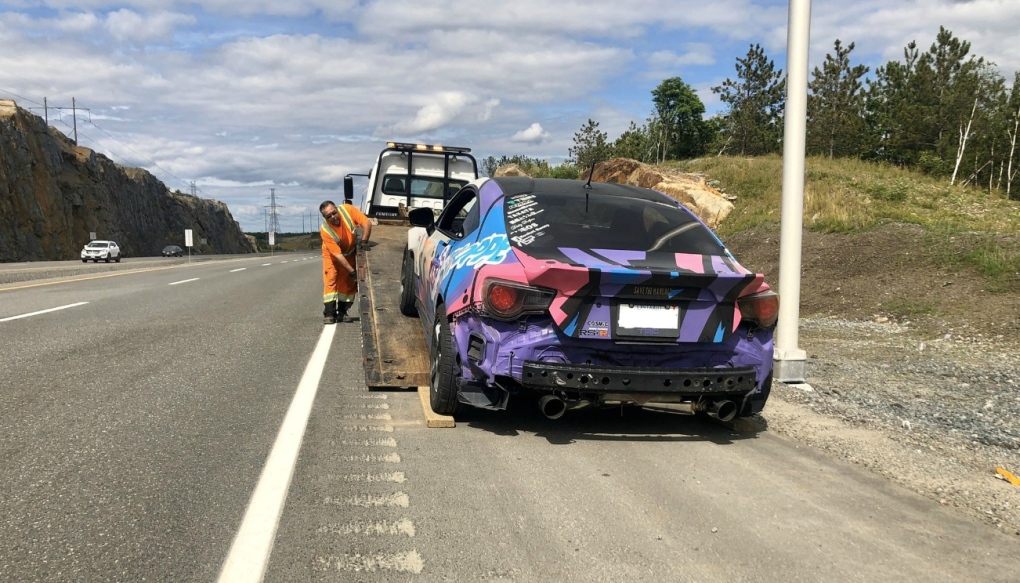 "Today, one of our traffic officers stopped not one, but two individuals in Sudbury for doing over 130 km/h in 60 km/h zones," police said in a tweet Tuesday afternoon.

"Both charged with stunt driving," the tweet said, adding their vehicles have been impounded.