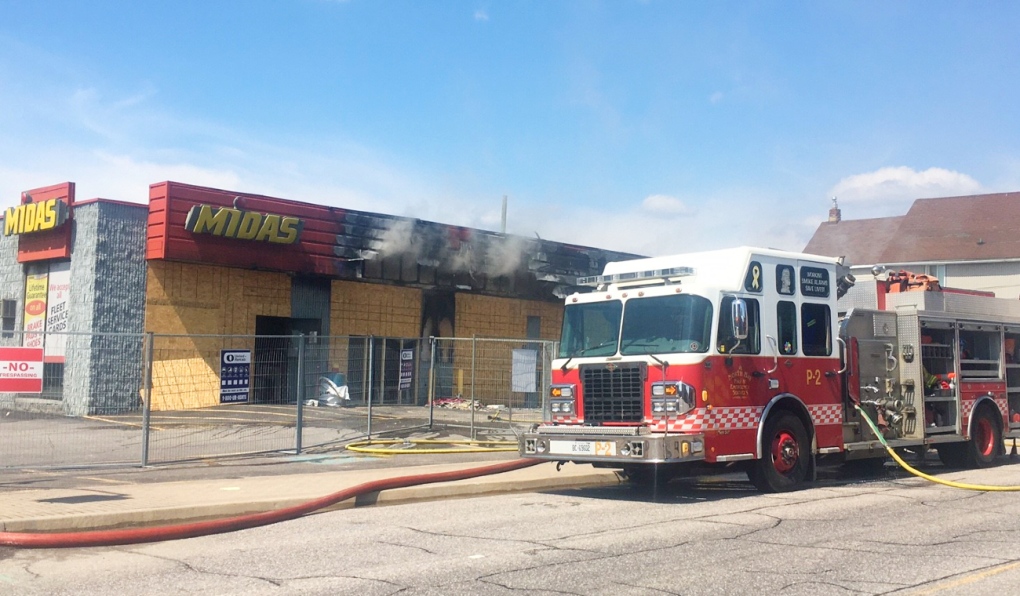 The North Bay Police Service was not at fault when a man jumped out the window of a third-floor apartment during an arrest in April, Ontario's Special Investigations Unit has concluded. (File)

SUDBURY -- The North Bay Police Service have charged a 38-year-old man with starting a fire at the Midas Muffler Auto Repair Shop on Main Street East on Monday.

Police responded with members of the North Bay fire and emergency services to reports of smoke emanating from the Midas building, which was closed and boarded up as a result of damage from a previous fire.

The fire was quickly deemed suspicious. After a brief investigation, the suspect was identified and arrested by 5 p.m.

"(He) is accused of entering the closed business at approximately 2 p.m. on Monday … after which time he is alleged to have then started a fire in the building," police said.

The North Bay man is charged with break and enter, arson and drug possession. He is being held in custody pending a bail hearing at the North Bay Courthouse.