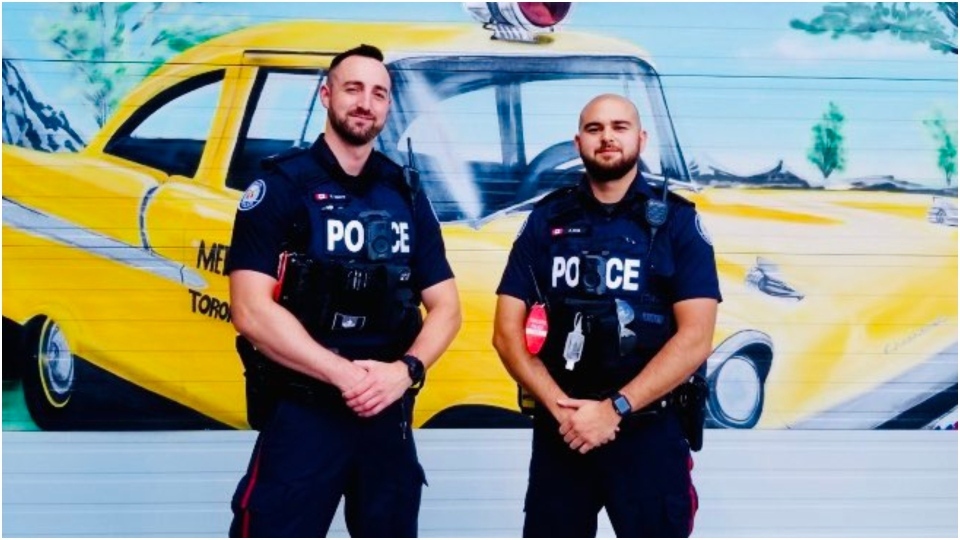 Police in Toronto began wearing body worn cameras in August under a pilot project Greater Sudbury will draw heavily on in its feasibility study. (File)

SUDBURY -- Meeting on Wednesday, the Greater Sudbury Police Board approved a feasibility study looking at what it would take to outfit local police with body worn cameras.

Police Chief Paul Pedersen said the study will examine in-depth what would be involved, such as how many of the 270 sworn officers would wear them, privacy issues, how the recordings would be stored and the costs.

At between $1,000 and $3,000 for each body camera, outfitting the entire force could cost more than $600,000, at a time when police are under pressure to limit budget increases.

"It would be a comprehensive study that would really give the board a picture of deployment, hard costs, soft costs, considerations with respect to policy, governance, privacy," Pedersen said. "It does require a zero sum conversations. If you're buying this, then you're not buying that. And I certainly like to think that the board, community and, ultimately city council, is in a position where you can have those open and frank conversations."

Police killings of people of colour in the United States in recent months has increased scrutiny of police forces everywhere, including Canada, where police in Toronto have announced plans to wear the body cameras.

In the current climate, where many are calling to defund police forces, Pedersen said officers under his command welcome increased transparency.

But there are complications that have to be addressed, Petersen added. For example, would an officer using the washroom be able to turn off the camera?

"There's some very private moments in a police officers day," he said. "Not just going to the washroom, but internal meetings with human resources, meetings with informants. You can't imagine that somebody speaking to the police under the premise of privacy, that the level of trust wouldn't be compromised if there was a camera rolling during that interview."

These are issues that the feasibility study will address, Pedersen said. He expects the study shouldn't take too long – possibly before the end of the year – thanks to work already being done in a pilot project in Toronto that should answer a lot of questions.

"We'd also connect with academics and academia to look at what is the best step forward for this organization," Pedersen said. "I don't think it's something, candidly, as a chief of police and as a community, where we can put our head in the sand and ignore it. It's a conversation that's important."