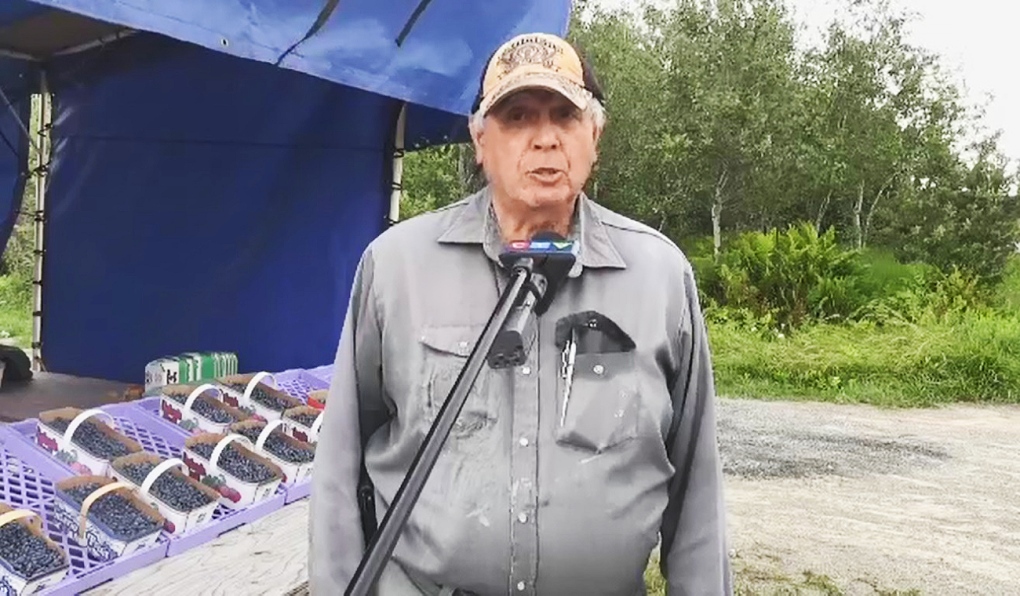 Arthur Choquette is known as the Blueberry Guy and has a stand along highway 69 south. In the blueberry business for 40 years, he said the crop is light this year. (Photo from video)

The blueberry season is in full swing in Sudbury, with many vendors set up along highways and pickers busy in the bush.

Arthur Choquette is known as the Blueberry Guy and has a stand along highway 69 south. In the blueberry business for 40 years, he said the crop is light this year.

"The weather didn't cooperate we had a very cold month of June plus no rain," Choquette said.

"And we had we late frost at the end of May so it affected blueberries when they are in flower.

He said it's tough going this season, with pickers forced to travel further into the bush to find berries. The season should last another two weeks, he added.

"A big basket -- 11 quarts -- it takes you a whole day to pick that, normally you would pick that in three hours," said Choquette.

He said pickers are also competing with black bears.

"There is a lot of momma bears and cubs floating around out there," Choquette said.

"They eat a minimum of 75 pounds of blueberries a day, which is equivalent to three, 11-quart baskets of berries. And they have first pick at the berries, so when we get there we are wondering what happened."