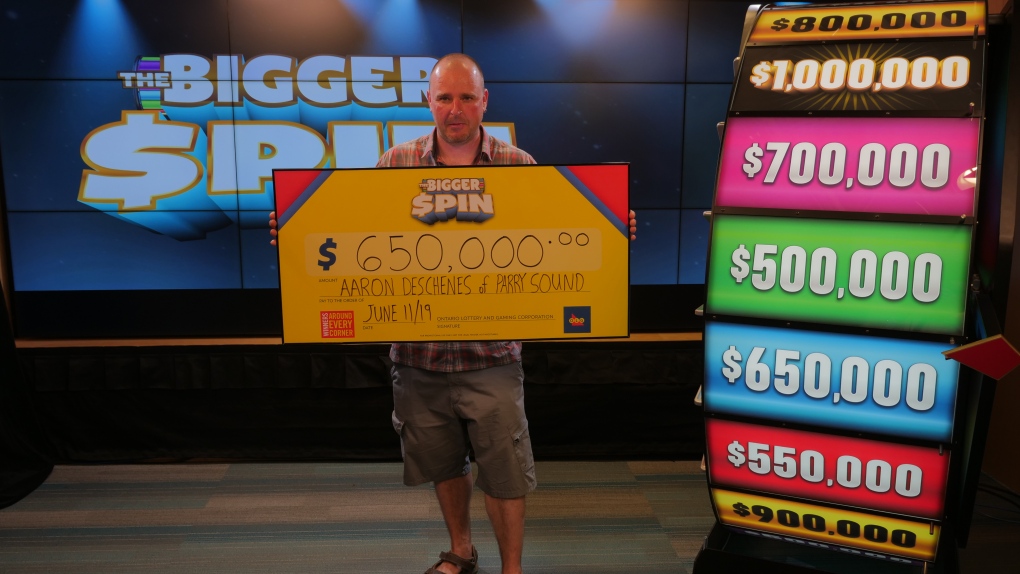 Aaron Deschenes played The Bigger Spin Instant lottery game and earned the chance to spin the big wheel at the OLG Prize Centre in Toronto.

The Bigger Spin is an instant scratch lottery ticket with interactive components at both the retail level and in-person in Toronto. It has varying prize amounts ranging from $10 to $1-million.

When the 43-year-old welder scratched his ticket during a lunch break, it revealed the SPIN prize. When he brought it in to a local retailer, the lottery terminal’s animated wheel stopped on BIGGER SPIN.

“I was in total shock and my family could not believe it either. I’ve been playing the lottery since I turned 18. The most I’ve won prior to this was $500.” said Deschenes.

The married, father of two plans on using the money to buy a new house, pay off some bills, and save for his children’s future.

“This win is incredible. You can’t believe it when it actually happens.” said Deschenes.

His ticket was purchased at Lane Family Pharmacy on Pine Drive in Parry Sound.