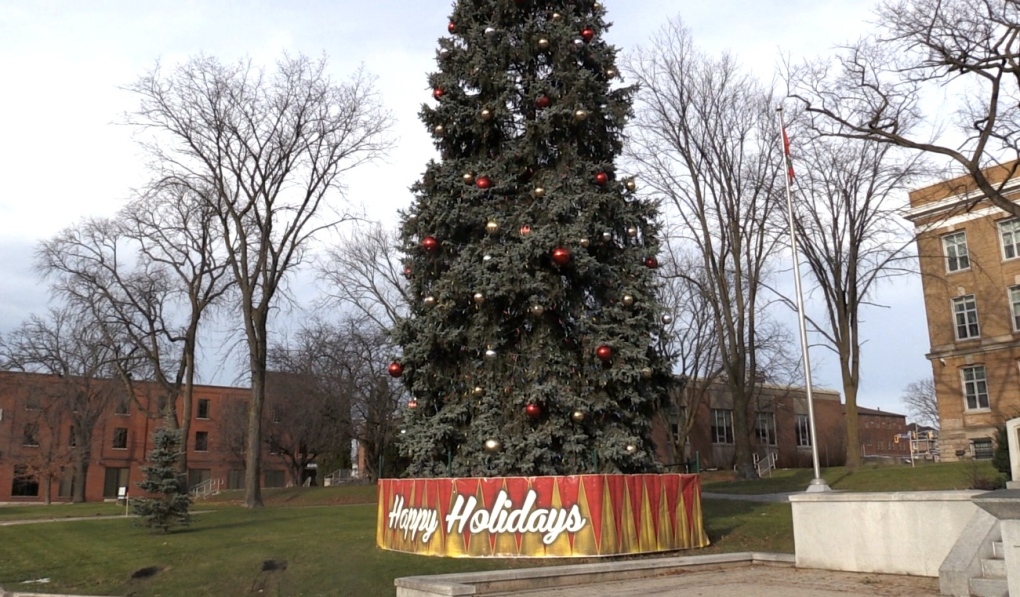 With annual crowds of more than 5,000 people to Sault Ste. Marie's Christmas tree light up and Moonlight Magic, the city and downtown association have been forced to make big changes, including cancelling the light up. (Christian D'Avino/CTV News)

SAULT STE. MARIE -- There will be no Christmas tree light up in Sault Ste. Marie this year.

That's according to the Downtown Association, which said the annual crowds in excess of 5,000 people just isn't allowed during the COVID-19 pandemic.

Its interim manager says that also means it's changing how Moonlight Magic -- an annual shop local event that coincides with the light up -- is conducted.

"The City of Sault Ste. Marie and PUC services has done an awesome job at decorating the entire downtown with lots of lights and there's lots of exciting things that you can see," said the Association's Ashlyn McMillan. "We're also changing Moonlight Magic to the '12 Days to Light Up The Holidays,' allowing shops to stay open with extended hours at night, and space out how many people attend the event."

Starting Thursday, any purchases made at a downtown business will be eligible for a chance to win gift cards of up to $100.

"It took a lot of adjusting to kind of find what we could do," said McMillan. "We can't even advertise the way we used to, just to kind of avoid that gathering kind of thing."

City Meat Market will also be helping promote the shop local event, with an event of its own.

"I think a lot of us are having a hard time and it's just a little perk for all of our customers that have been loyal to us through this trying time," said Lori Nowitski, daughter of the City Meat Market Owners.

Nowitski said the scavenger hunt has been put on since 2015, but with the pandemic, was unsure how it would go this year.

However, she said many are already asking to start and are enthusiastic about it.

"I'm just hearing that it's getting them in the Christmas spirit," Nowitski Said. "It's allowing them to come down to our businesses downtown and just come and see what we have to offer."

Starting Thursday, lights and decorations will be lit up downtown, corresponding with the beginning of Moonlight Magic.