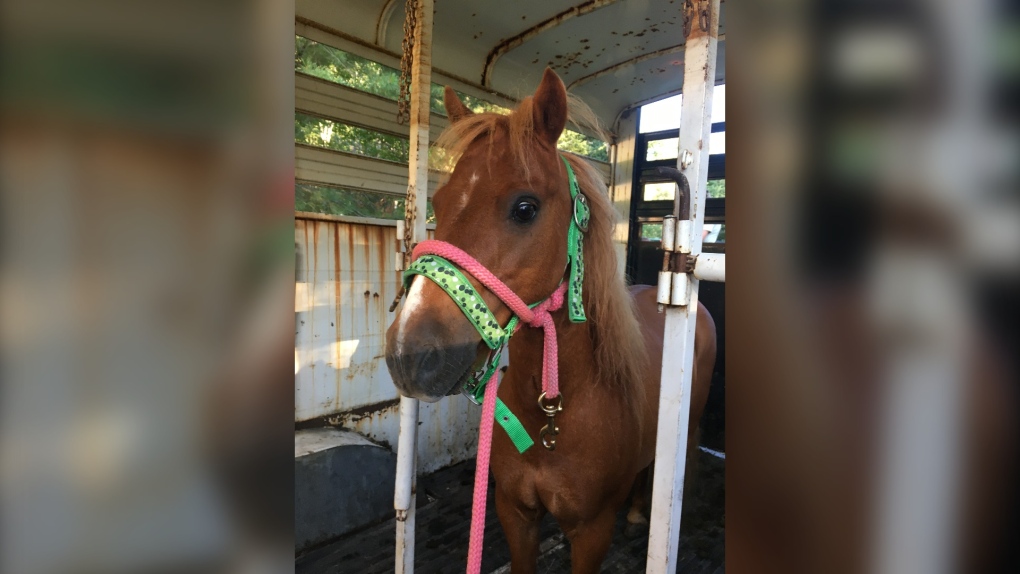 Cider escaped his pen in the early hours of July 30 after he was spooked. Owner Breanna Pearce adopted him just four weeks ago from Whispering Hearts Horse Recuse in Hagersville. (Supplied)

NORTH BAY -- It's been a whirlwind of a week for Breanna Pearce, but she's relieved to know her small pony Cider is coming home safely.

Cider escaped his pen in the early hours of July 30 after he was spooked. Pearce adopted him just four weeks ago from Whispering Hearts Horse Recuse in Hagersville.

Cider was only at his new home for about 12 hours before he escaped.

Happily, the young pony was found Thursday evening near Hunt Camp off Oakwood Road in Powassan.

Two volunteers on horseback started looking in the area around 1 p.m. Pearce joined the search around 6:30 p.m.

One of the horses started calling out for the missing pony, and he called back. Cider came out of the bush and the team were able to herd him into an outdoor stall.

From there, they were able to get him into a trailer.

Pearce told CTV News Cider is in good health, but he does have a few minor scrapes.

Pearce said she is booking a veterinarian to come assess his wounds next week.

Pearce has a message for everyone involved in bringing him home.

"The community found Cider. Without the countless individuals involved, he would still be lost," said Pearce. "I am moved beyond words. Thank you to the community."