Outdoor theatre set to open in downtown Sudbury in 2022 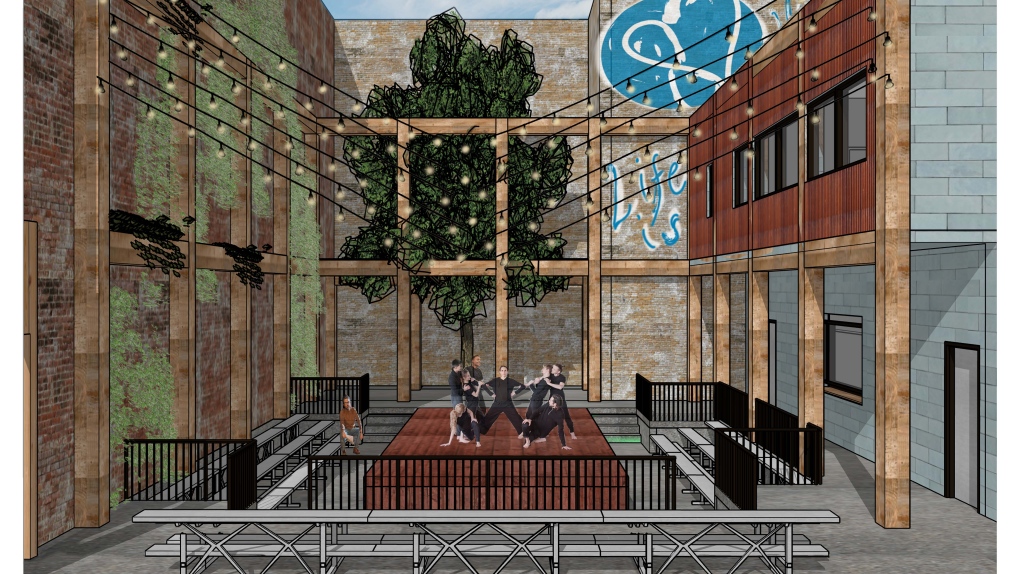 The future outdoor theatre is a 2.8 million dollar project that will be located on Durham Street near the YMCA. (Supplied)
SUDBURY -

The Sudbury-based performing arts group YES Theatre is set to open an outdoor theatre in the downtown core next year.

The future outdoor theatre is a $2.8 million project that will be located on Durham Street near the YMCA.

“It started really as a Covid bandaid and then it quickly became an avenue to really realizing our artistic vision and the goals that we have for the future which is to become Canada’s largest musical theatre festival,” said Alessandro Costantini, YES Theatre Artistic and managing director.

A total of $750,000 in federal money has already been secured. The performance space will be called The Refettorio, which is an old Latin term for dining hall or gathering place.

The plan is to support emerging artists and stage small scale performances, and work with other theatre art centres in the city on a multi-venue arts festival.

“We could see 8 to 10 productions happening here between the Refettorio, Place Des Arts and the Sudbury Theatre Centre,” said Costantini. “So, we are collaborating with all the other infrastructures that already exists in the city. We have the potential to welcome upwards of 1,200 patrons per day in the downtown core between the months of April of September.”

Costantini said this project would be a good economic boost for the city.

Sudbury City Councillor Deb McIntosh, along with two other councillors, brought this motion forward at a recent council meeting, where the city is looking at chipping in $50,000.

She said the YES Theatre group is worthy of this money.

"Their passion and their success so far of their productions and their fundraising and their grants that they’ve received already just proves that this is something to get behind. And I got to tel you, the production levels of these performances of YES Theatre are incredible," McIntosh said.

The goal is to break ground next year and to have the space open to the public on either August or September of 2022.