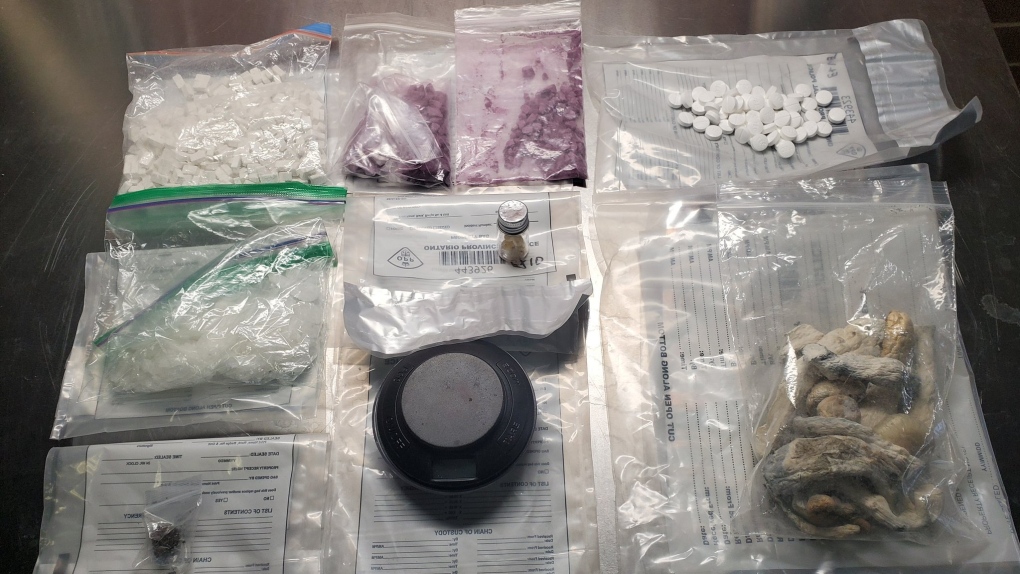 SUDBURY -- Officers with the Ontario Provincial Police Community Street Crime Unit and Temiskaming detachment arrested two people and seized a large amount of illicit drugs during a traffic stop on Highway 11 on Friday.

During a search of the vehicle, police said they found drug paraphernalia and a substantial quantity of suspected fentanyl, crystal meth, speed, magic mushrooms, and opioids - Percocet and Hydromorph contin. The estimated street value of the drugs is $57,743.

The driver and passenger, a man and woman from Cobalt, both in their 40s, have each been charged with three counts of drug trafficking.

Both accused were held for a bail hearing and are scheduled to appear in court in Temiskaming Shores at a later date.