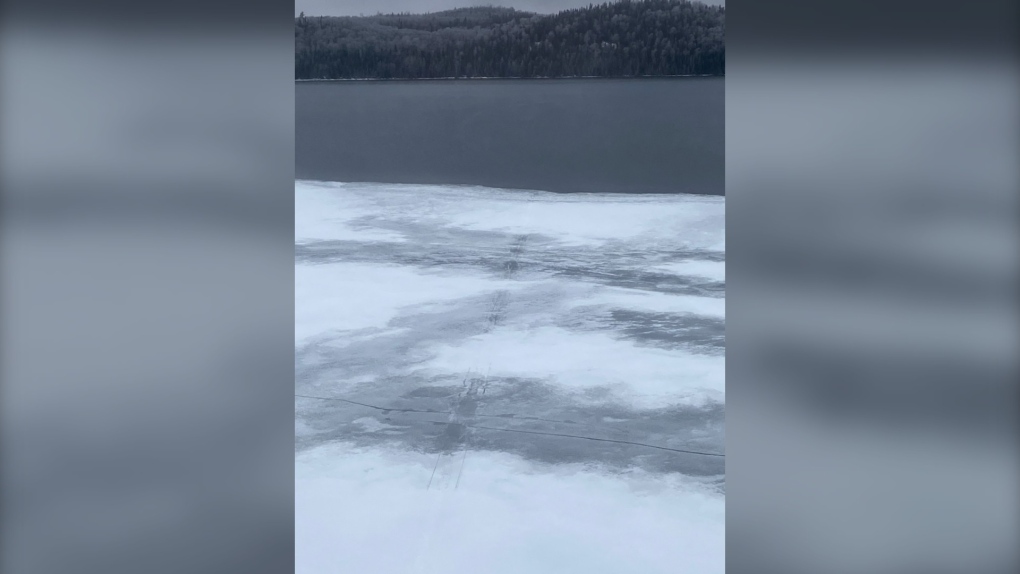 SUDBURY -- A snowmobiler who went missing Jan. 8 was rescued by the Ontario Provincial Police on Jan. 9 near Wawa.

Police were able to locate the sledder, in part, because he wrote 'SOS' in coffee grounds on the snow. It turns out the snowmobiler had gone through the ice but was able to get out of the freezing water.

Superior East OPP received the call around 9:40 p.m. Jan. 8 when the snowmobiler failed to return in the area of Manitowik Lake near Wawa.

"OPP officers and a Ministry of Natural Resources and Forestry Conservation Officer attended the last known location of the missing person," police said in a news release Tuesday. "Attempts were made to locate the person utilizing snowmobiles but were unsuccessful."

A search the morning of Jan. 9 included an aerial search of the area, when officers observed a single snowmobile track going off of the frozen lake surface onto a vast expanse of open water.

"While searching the area, officers noticed a set of tracks and a helmet on the ice over a kilometre away from where the sled initially went onto the open water," police said.

"While following the tracks, officers observed a large plume of smoke coming from the shoreline. As they approached, they observed the missing person standing outside a cabin waving to them. The letters 'SOS' (written in coffee grounds) were also observed in the snow."

The individual was extracted and transported to hospital. They were treated for non-life threatening injuries and later released.