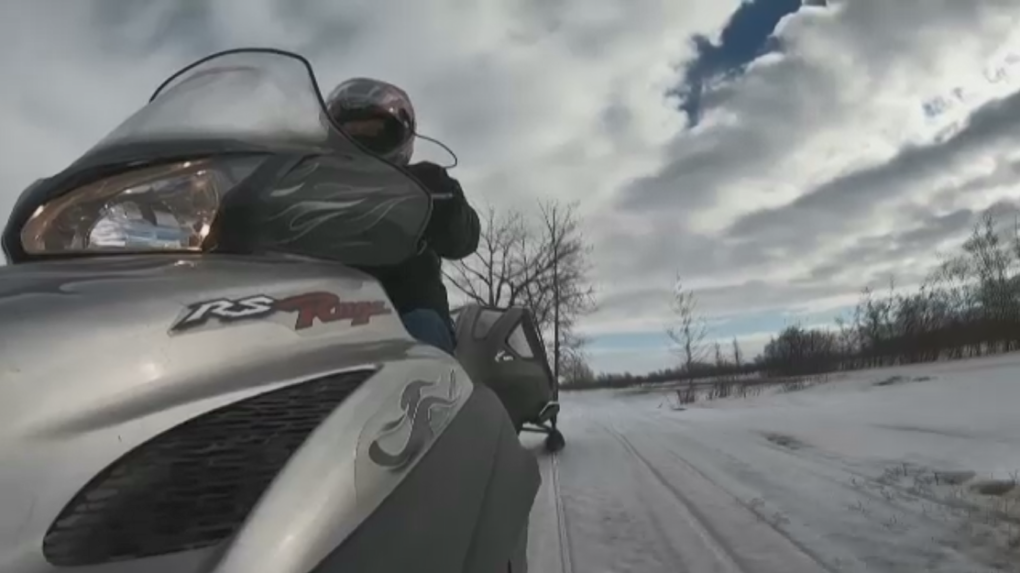 With the snowmobile season arriving, Ontario Provincial Police in the north are reminding people to not modify the exhaust on sleds. (File)

SUDBURY -- Police are reminding sledders that in Ontario, it’s illegal to modify or change the exhaust on snowmobiles if the sled is being used on marked trails.

“It is illegal to change under the motorized snowmobile act to change or modify your snowmobile exhaust,” said Ontario Provincial Police Const. Robert Lewis.

“There are several fines that can apply, all fines are about $110 if you do change or modify your exhaust system.”

OPP told CTV News when snowmobile exhaust pipes are modified or changed, it makes the sled quite noisy, which residents who live near the trails don’t appreciate.

In northeastern Ontario, many snowmobile trails are connected via private property, and officials said if people keep using modified exhaust pipes, the owners of the private property may no longer allow sleds on their land.

“One of that advantages that Ontario has is that we have a large trail system, because of the private landowners who give us permission to cross their property," said Lewis. "And if this becomes a nuisance to these landowners, we may lose this privilege.”

“The law says we cannot modify our snowmobile exhaust. People get tired really quickly of loud exhaust going by their house at two in the morning, so we really try to discourage that for the benefit of the entire public."

Exceptions can be made for those who are using their sleds to race or to go up and down steep mountains. But for anyone on marked trails, it is illegal.

“It’s loud, you can see where the trails are, the homes are right nearby,” said Murray Baker, president of the Ontario Federation of Snowmobile Clubs.

“If you’re riding by and making noise, it’s not good for the rest of us with machines. You can barely hear.”

The OPP said handing out tickets for modified and changed exhaust isn’t the most common fine they lay, but Lewis said they will be watching out for those who are breaking the law.