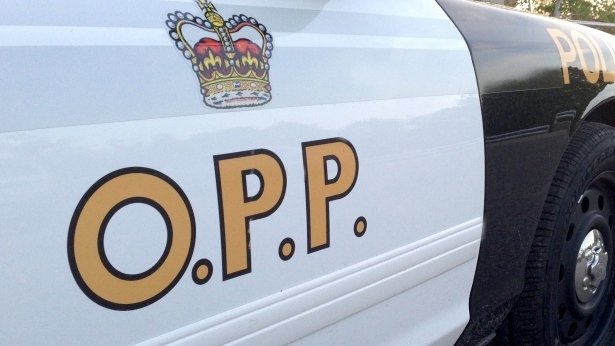 Ontario Provincial Police (OPP) in West Parry Sound are warning of pills circulating in the area they say resemble Percocet.

The OPP issued a press release Sunday saying the pills are stamped with ‘TEC’ but may contain other substances such as fentanyl or not be Percocet at all.

"These pills are very dangerous and may cause a person to overdose," said police in the release.

Officials are reminding those who decide to take drugs to always have a friend with naloxone available. Naloxone is a medicine that rapidly reverses an opioid overdose.

COVID-19 vaccine booster eligibility by province and territory in Canada

Although booster shots and third doses of COVID-19 vaccines aren’t currently recommended for most Canadians, additional doses are being made available to certain populations or those who need to travel for work based on their province or territory of residence.

The Chinese military on Sunday condemned the United States and Canada for each sending a warship through the Taiwan Strait last week, saying they were threatening peace and stability in the region.

Having trouble sleeping was commonplace for people with mental illness, according to one of the largest studies of its kind conducted by researchers at the Centre for Addiction and Mental Health.

Former U.S. president Bill Clinton was released Sunday from the Southern California hospital where he had been treated for an infection.

An ancient Indigenous knife unearthed during the renovation of Centre Block will be the first artifact found on Parliament Hill to be returned to the stewardship of the Algonquin people who live in the Ottawa region.

Vaccine allergy? Experts say most past reactions not valid reason for exemptions

Whether people have held off on getting vaccinated because of a past reaction, or are seeking an exemption to inoculation mandates, experts say a previous allergic response doesn't mean you can't get your shots.

Father of suspect in British MP slaying is 'traumatized'

The father of a man held for the fatal stabbing of a British MP during a meeting with local voters has told British media that he was shocked and 'traumatized' by his son's arrest, as police continued questioning the suspect under terrorism laws.

A group of 17 U.S. missionaries including children was kidnapped by a gang in Haiti on Saturday, according to a voice message sent to various religious missions by an organization with direct knowledge of the incident.