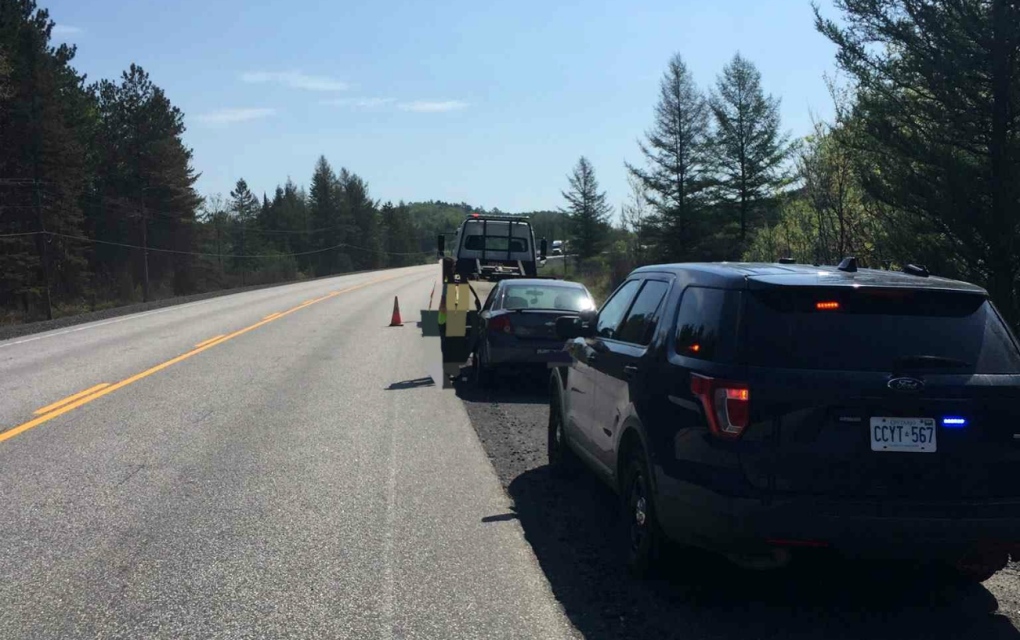 SUDBURY -- The Ontario Provincial Police in northern Ontario are having a busy day patrolling the roads in the region.

Manitoulin OPP say they caught a driver doing 127 km/h in a 60 km/h zone on Highway 17 in Baldwin Township, near Espanola, just before noon.

A 22-year-old driver with a G2 licence was charged with stunt driving and lost their licence and vehicle for seven days.

"Please make road safety a priority and slow down," the Manitoulin OPP said in a tweet, which included a photo of the traffic stop.

About an hour later, in another part of the north, Kirkland Lake OPP stopped a 19-year-old driver who was doing 130 km/h in an 80 km/h zone.

"(The driver) was found to be impaired," the OPP said, also tweeting a picture from the incident.

The 19-year-old now faces charges of impaired driving, stunt driving and having open liquor and cannabis in their vehicle.

The driver's licence was suspend for 90 days, their vehicle impounded for seven days, with a court date to answer to the charge set for July.