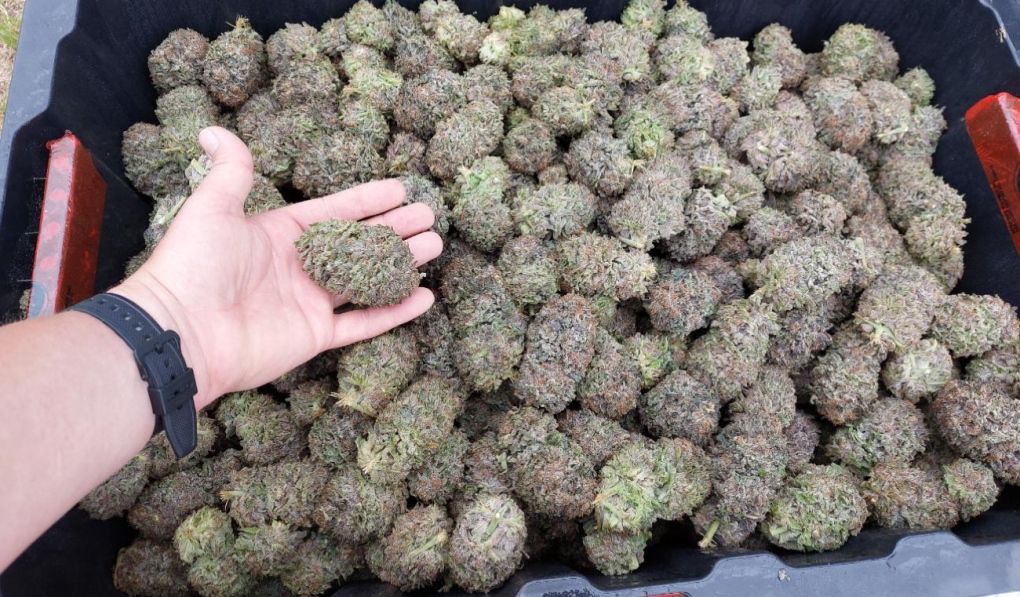 Police seized more than 200 pounds of marijuana worth about $5 million, as well as 5,000 plants.

Three people from the Greater Toronto Area have been charged with unlawfully cultivate, propagate or harvest any cannabis plant at place that is not their dwelling house.

All three accused were released from police custody and are scheduled to appear at the Ontario Court of Justice on July 22 in Sundridge.

The investigation is ongoing, police said.

The Provincial Joint Force Cannabis Enforcement Team is responsible for enforcing the cannabis laws and investigating criminal enterprises that exploit or abuse the legal cannabis market, the release said.

"The observations of our frontline officers and the investigative expertise of our detectives has yielded a substantial seizure of illegally grown cannabis and various property obtained by criminal activity. The Almaguin Highlands Detachment is committed to public safety and drug enforcement.

"I encourage members of the public to report all suspicious activity observed in their neighborhood to our detachment," Lalonde added.