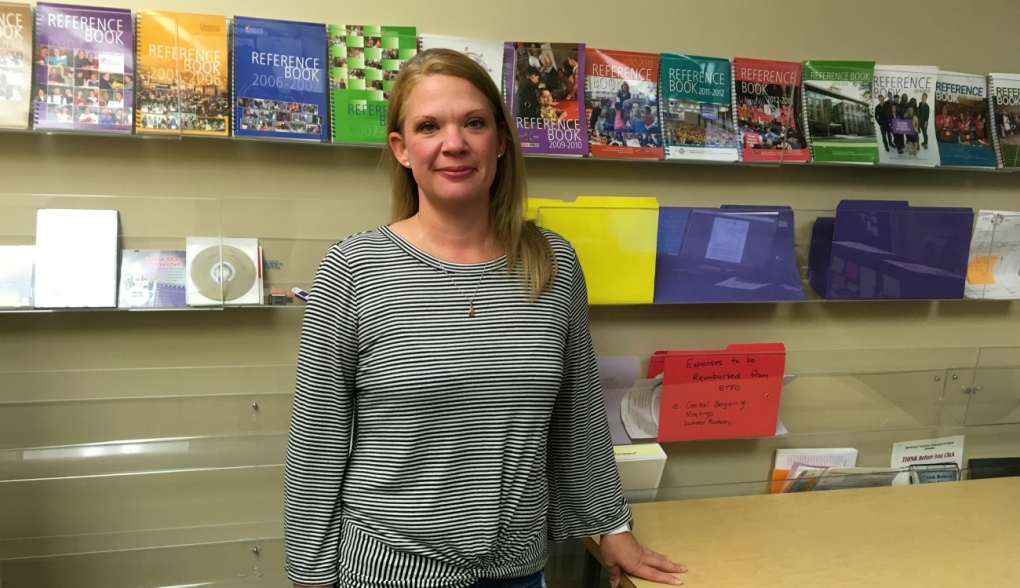 Liana Holm, the local Elementary Teachers' Federation of Ontario president at the Rainbow Board, says a more standardized approach to returning to class is needed. (Alana Everson/CTV News)

SUDBURY -- In the next week, school boards in Greater Sudbury are expected to release details about returning to classes, which may include mandatory masks for students and staggered start times, possibly over two weeks.

But teacher unions are concerned that the province's 'Guide to Re-Opening Ontario's Schools' puts too much responsibility on local school boards.

"I would love to see a more standardized approach," said Liana Holm, the local Elementary Teachers' Federation of Ontario president at the Rainbow Board.

"I would love to see the ministry actually come out with some hard and fast guidelines that boards would have to use, because I feel that they are downloading on to our boards. And I don't think that is a fair position to put them in when there are so many factors to take into consideration for a safe restart."

A letter to the ministry demanding a meeting with unions says instructions to school boards were developed without proper input or any consultation with the unions representing more than 190,000 teachers and education workers.

"As far as we are concerned, anywhere across the province including Sudbury, (the) same concerns exist as far as having that many kids in a physical space," said Eric Laberge, the Ontario Secondary School Teacher's Federation District 3 president.

The letter demands a meeting be held no later than Friday and that it include a member of the Ministry of Labour's health and safety inspectorate.