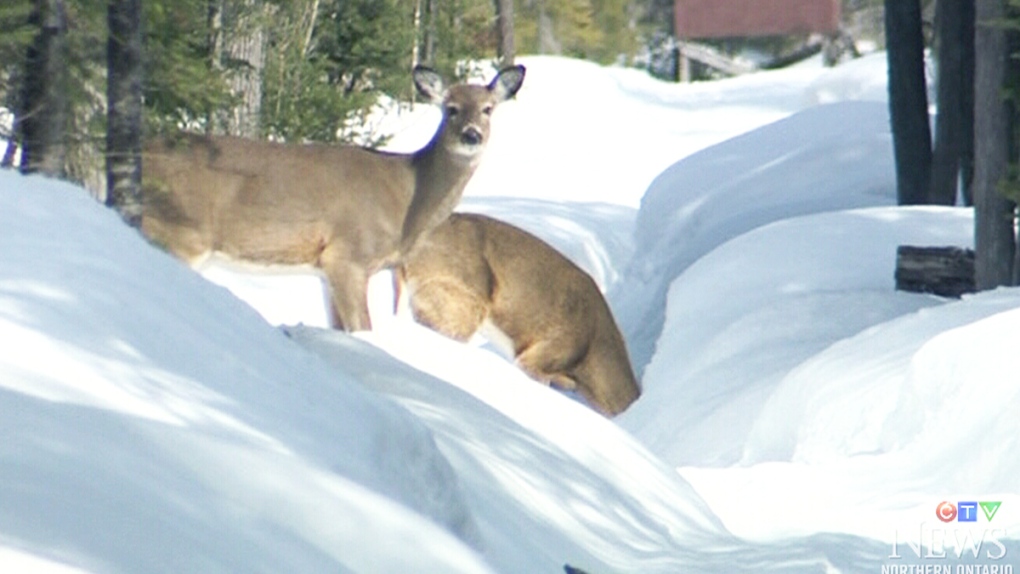 SUDBURY -- The Ontario government has made changes to the Fish and Wildlife Conservation Act to protect deer, elk and moose in the province from chronic wasting disease (CWD) found in Quebec and neighbouring states.

Members of the cervid family, which include deer, elk, moose and caribou, are affected by this progressive and fatal disease.

While it has not yet been found in Ontario, the province felt it necessary to make these changes to protect wildlife and support hunting after CWD was found in a Quebec deer farm near the Ontario border in 2018. The disease has also been found in all five states that border the province.

"It's important that we do everything we can to prevent CWD from entering Ontario," said John Yakabuski, Minister of Natural Resources and Forestry. "The changes we've made will help protect Ontario's wildlife and support sustainable hunting, which creates jobs and makes an important economic contribution to our province."

The government said in a news release deer hunters spend more than $275 million each year in Ontario.

After public consultation, the following changes have been made:

This following the province's CWD Prevention and Response Plan announced in December 2019.

"Keeping chronic wasting disease out of Ontario is a critical part of protecting farmed cervids and keeping our food supply as safe as possible," said Ernie Hardeman, Minister of Agriculture, Food and Rural Affairs. "The measures announced by Minister Yakabuski today, along with my ministry's testing program, will increase our confidence that Ontario remains free of the disease."

The province said more than 13,000 wild deer and elk have been tested for CWD since 2002 and surveillance testing is done annually.

"The Ontario Federation of Anglers and Hunters (OFAH) is extremely pleased with today’s announcement. The importance of the changes cannot be overstated," said Keith Munro, OFAH wildlife biologist. "They put in place meaningful barriers that will prevent the spread of CWD and safeguard our native white-tailed deer, moose, elk, and caribou."

Changes made in Thursday's announcement reflect previous suggestions made by the organization.

"In particular, the restrictions on the movement of live captive animals by the deer farming industry has been a major OFAH priority and the changes closely follow what we suggested in 2018," said Munro. "While continued work is needed to keep Ontario CWD-free, this is a major accomplishment and we applaud the government for making these changes."