First Nation chiefs from across Ontario held a virtual town hall with three of the four major political party leaders to ask questions about their policies and platforms and how they plan to help Indigenous people.

The meeting consisted of three consecutive one-hour sessions where each leader had the chance to share their platform and take questions from First Nation chiefs about key priorities affecting their communities.

"We look at the vote as who is going to be our dance partner moving forward," said Nipissing First Nation Chief Scott McLeod.

"It’s time for us both First Nations and the Ontario Government to chart a new path," he said.

"To have Ontario be successful in the green transition requires a relationship between First Nations and the province," said Schreiner. 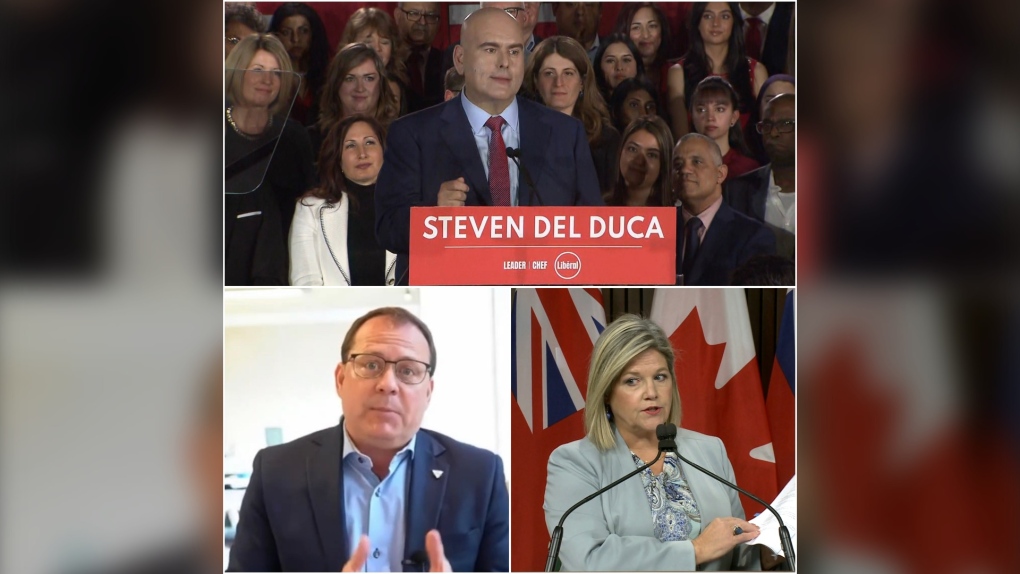 First Nation chiefs from across Ontario held a virtual town hall with three of the four major party leaders to ask questions about their policies and platforms and how they plan to help Indigenous people.

"Indigenous Peoples are the first stewards of this land and it is the government’s obligation to consult with, work with, and provide support to Indigenous communities to conserve and protect nature."

"We’ve been trying to push former governments, including this one, to take the mental health and addictions crisis seriously," Horwath said.

"We’ll bring mental health and addictions into our OHIP system … We want to see a decriminalization of drugs and clean the poisoned drug supply."

She said it’s crucial that mental health and addictions services are culturally appropriate for Indigenous patients and her plan includes training more staff in mental health services including nurses, social workers and other primary care providers.

Del Duca said an Ontario Liberal government will give $10 million to Indigenous small businesses while also pledging to create 22,000 off-reserve homes in the next decade for Indigenous families.

"The full costing of our platform will be included when we reveal our platform in just a few days," Del Duca said.

"There will be a very large and bold component that will deal with housing."

Both Horwath and Del Duca committed to scrapping minister’s zoning orders (MZOs), which allow the province to override municipal council decisions on development.

Both the frequency of its use and the way in which the province has used them have faced criticism from First Nation leaders.

Conservative leader and current Premier Doug Ford did not participate because he had dental surgery.

"I think it’s crucial for Premier Ford to make time otherwise the chiefs will know where we stand (with) him," said McLeod.

The chiefs are hoping to schedule a time to speak with Ford’s campaign team in the coming weeks to hear his policies on how he plans to support Ontario’s First Nations.