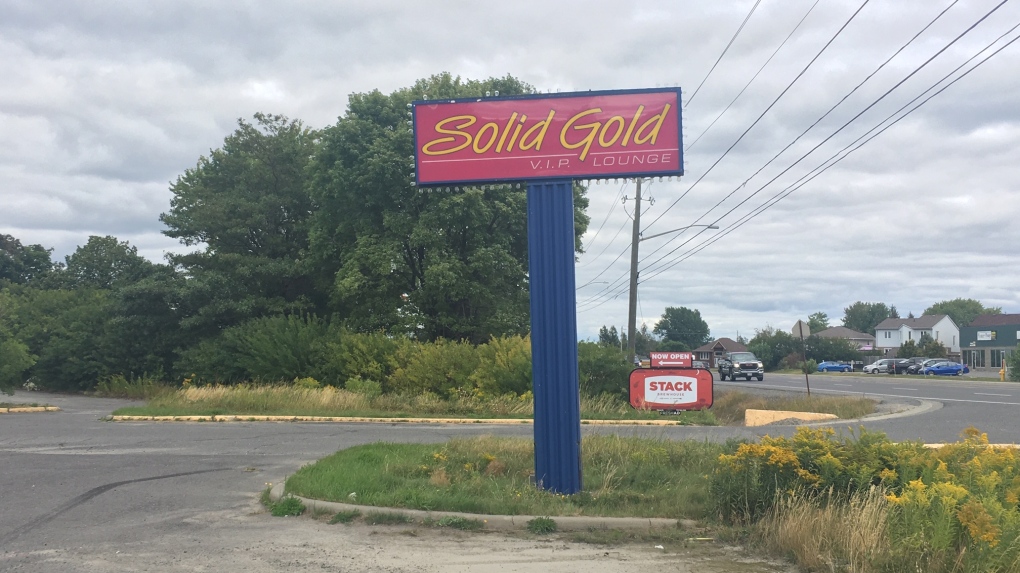 A local craft brewer is offering up a slice of seedy Sudbury history.

Stack Brewing recently opened up its second location in the Nickel City, moving into the old building on Falconbridge Highway that was once occupied by former strip club Solid Gold.

The building had been empty for quite a while, but there’s still a pretty visible reminder of its notorious past, the sign at the edge of the parking lot.

Owner Shawn Mailloux’s staff brainstormed for a while on what to do about it and then decided they should offer it up on a local trading site for free.

In a post that’s already been viewed thousands of times. It reads:

"Own a piece of Sudbury’s dirtiest :) history!! It can be all yours for FREE.

-Put it up in your living room and reminisce with your wife all the good times had there.

-This sign is perfect for a dorm room wall, man cave, baby room, you name it.

-Early Christmas gift idea for your Father in Law - it’ll get ya in his good books, we swear:

Be the envy of all your friends

Must remove complete sign, pole and all. This pole hasn’t seen as much action as the ones that were inside, it’ll be harder to get down.

Call or email us for more details."

Stack Brewing's owner says "kudos to the employees who kind of drummed this up and solved my sign problem.

Mailloux says reaction to the post has been "off-the-charts."

Marketing experts say this is the way you get publicity - go big, or go home.

"One word - brilliant, creative, you know lets have some fun with this and I think that’s exactly what they’re doing. They’re getting people to talk about their new location," said Brian Vendramin, professor at Cambrian College’s School of Business.

The post has also been a hit with customers.

Bairn Krueger had stopped into the new shop to get some beer after moving into his new home in St. Charles.

He admitted that he’d likely have a hard time getting it past his wife.

"That’s jokes," he laughed. "So, you guys own the sign and selling it eh? That’s absolutely hilarious. I don’t think I’m interested, but someone might be."

CTV News talked to customer brewery customer Jessica Brule, who giggled at the thought of giving the sign to a loved one.

"Probably not. Not this large of a sign, but it could be fun though,” laughed Brule.

Mailloux and his team have yet to pick a winner.

He’s inviting anyone interested in learning more about the location and the business to come down and see the brewery for themselves.