One taken to hospital after Nairn Centre fire

One taken to hospital after Nairn Centre fire

CTV News has learned one person has been taken to hospital after an early morning fire at a camp west of Sudbury. 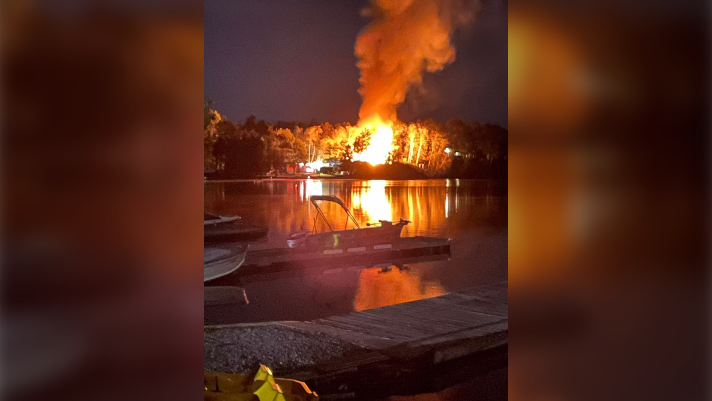 The occupant was transported by paramedics to hospital by paramedics with minor injuries and has since been released, Ontario Provincial Police Const. Tessa Kasch told CTV News in an email.

Woodley added the occupant's dog got out safely and is being taken care of.

No word on the cause, but Woodley said the fire is not considered suspicious.

Firefighters were at the scene until about 9:30 a.m. 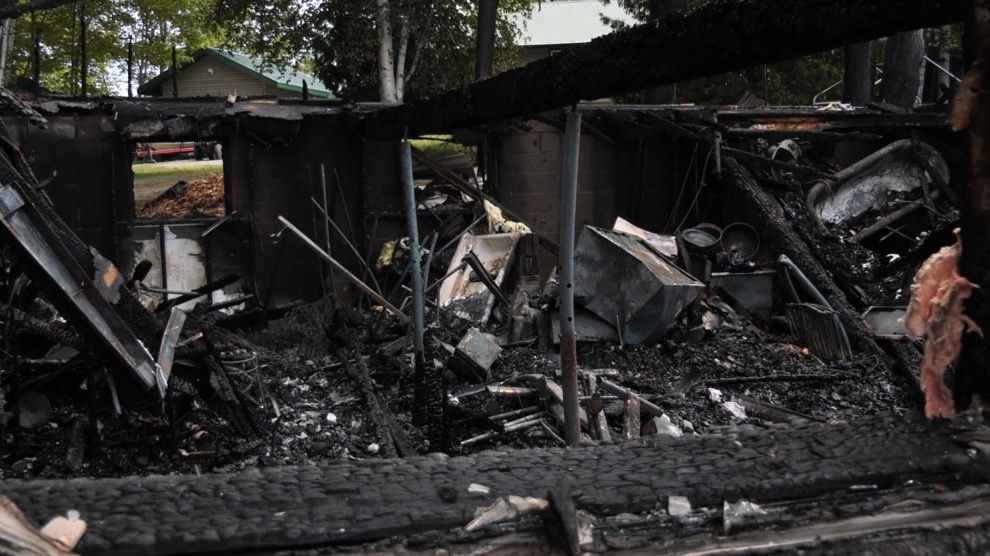 Charred remains of a camp on Baker Drive in the Nairn Centre area. Aug. 15/22 (Josée Lafleur)

"I was getting up to go to the washroom and I thought the wife left the lights on because it was bright. When I stepped outside I seen it was pretty high and the roof was already on fire," neighbour Bill Desjardins told CTV News.

"It’s even melted some of the siding on our cottage, I just noticed that now. So, the heat was very intense."

Desjardins said the volunteer firefighters arrived in a matter of minutes and acted fast upon arrival.

"The volunteers did an excellent job on containing it and protecting the camps on both sides," he said. 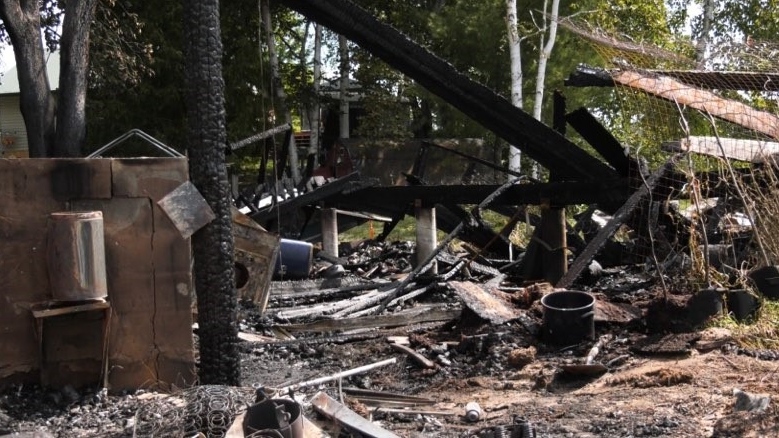 Kasch said the individual was arrested on a Greater Sudbury Police Service warrant after leaving the hospital.

Sudbury police told CTV News in an email the charge is on an unrelated matter.

Quebec's major party leaders made their final appeals to voters Sunday as residents across the province prepared to cast their ballots on Oct. 3. Polls are open from 9:30 a.m. to 8 p.m. Eastern time Monday. During that time, Quebecers will endorse or condemn their leaders' conduct during major language law overhauls, existential questions on provincial identity, and of course, the pandemic.

According to Windsor Police, the Ambassador Bridge was closed on the Canadian side Sunday evening.

Nobel prize in medicine awarded for research on evolution

This year's Nobel Prize in physiology or medicine has been awarded to Swedish scientist Svante Paabo for his discoveries on human evolution.

The British government on Monday dropped plans to cut income tax for top earners, part of a package of unfunded cuts unveiled only days ago that sparked turmoil on financial markets and sent the pound to record lows.

It's voting day in Quebec, a border crossing was unexpectedly closed Sunday night, and the Toronto Raptors begin their pre-season with a win in Edmonton. Here's what you need to know to start your day.

Ukrainian troops continued to push forward Monday with their offensive that has embarrassed Moscow, with Kyiv officials and foreign observers hinting at new gains in the strategic southern region of Kherson.