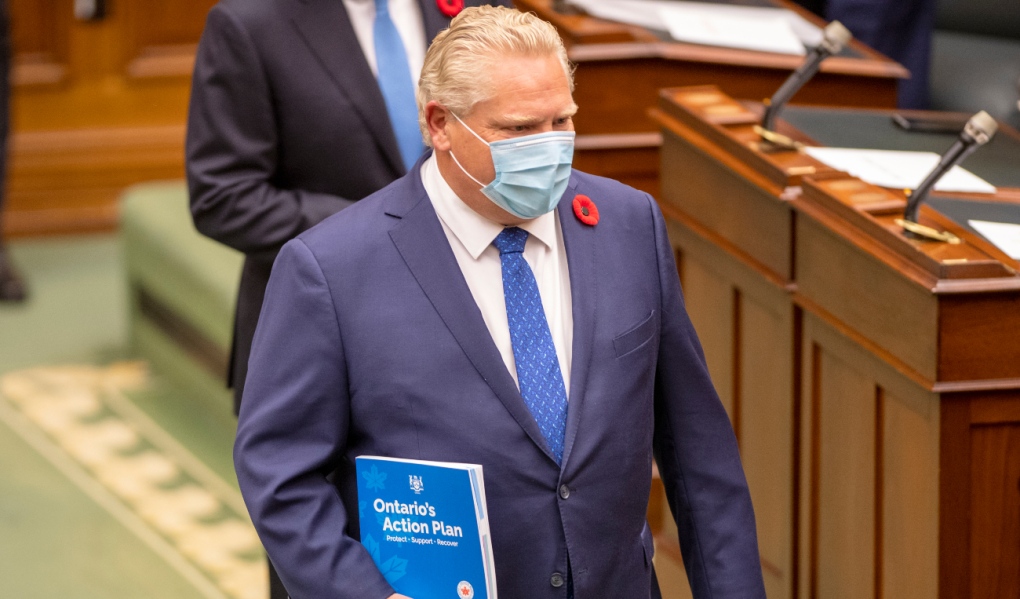 NORTH BAY -- With the COVID-19 pandemic helping shape the 2021 budget, analysts in the north say that overall, they aren’t surprised by what’s in it, but are concerned by what was left out.

“It’s a budget that’s trying to straddle the line between the pandemic that we’re still in and then looking towards a recovery,” said David Tabachnick, Nipissing University political science professor. “So still a very large deficit – some $33 billion -- lots of spending on healthcare, vaccination programs, so it is still a COVID budget.”

North Bay Deputy Mayor and budget chief Tanya Vrebosch said funding focused around COVID-19 relief is going to help in the long run, even if it comes with a long-term plan to get back to a balanced budget.

Money has been set aside for pandemic pay for Ontario parents, more grants for small businesses and funding for hospitals.

Vrebosch said having high-speed internet and giving people the flexibility to work from home will help draw people to the North Bay area.

“Seeing that they have money in there for broadband, it looks like they have a commitment to get everybody on broadband within the Province of Ontario in the next four years,” she said. “That really helps when it comes to the City of North Bay’s commitment to growth.”

However, as far as specifics for northern Ontario, Tabachnick said there isn’t much in the budget. He said the Ring of Fire mineral deposit was left out and the return of passenger rail service “doesn’t look likely anytime soon.”

The budget committed $5 million to explore the issue, but many in the north were hoping for a bigger commitment.

Meanwhile, officials from the Greater Sudbury Chamber of Commerce said the government needs to help businesses who were hurt, but not necessarily shutdown, during the pandemic.

“We’re still advocating for the small business grant to be expanded to all businesses,” said Cora Demarco with the chamber.

Demarco was also disappointed the four-laning of Highway 69 to Toronto also wasn’t mentioned.

“It wasn’t included in the budget,” she said. “There’s about 60 kilometres left to manage and it’s not included. So when we think about our tourism industry, and our access to northern Ontario, that’s a very important piece of how we can recover from those industries that have been affected negatively.”

The budget also leaves the province in a deficit and it will be like that for the next eight years. That's something experts said they understand, but aren’t thrilled about.

“The idea of being in a deficit for the next decade is not where we were hoping to be, I think as a province,” said Demarco. “I’m not naïve to the fact that a deficit is the scenario that we’re facing. It is just a significant one that we will have to bind together to get out of as a province.”

“If you’re a fiscal conservative and you voted for Doug Ford’s Conservative party who promised to balance the budget, you may be disappointed,” he said.

“I think that most Ontarians are willing to be patient when it comes to balancing the books, but looking at red ink for almost the next 10 years before you get to balance or a surplus might be very frustrating for a lot of Conservative voters.”

“Many Ontarians, of course, will understand that this kind of spending is necessary towards the recovery of the pandemic,” Tabachnick added.